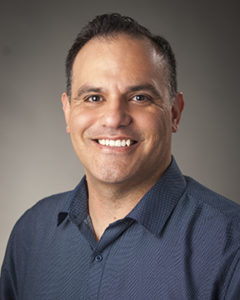 Edmundo M. Aguilar is currently the College in the High School Coordinator in which supports and mentors high school teachers by aligning Chicanx Studies curriculum and other necessary tasks to ensure that the EWU HS course matches the EWU college course and students have a smooth transition to higher education. Edmundo received his Ph.D. from Washington State University in Cultural Studies and Social Thought in Education. After a career as a Television Journalist, Edmundo returned to higher education where he received his Master’s in Communication Studies with an emphasis in Culture at Eastern Washington University. His work centers on catalyzing systemic social change through documentary film, and other media forms, in which critically interrogates identity and oppressive experiences. He believes this practice serves as a pedagogical instrument to educate, inspire, and inform communities subjugated by systems of oppression. Edmundo’s scholarship/activism creates an opportunity for healing, transformation, and positive social change by building bridges over physical and psychological borders. Edmundo was awarded with the 2019/2020 Eastern Washington University College of Social Sciences Teaching Excellence Award.