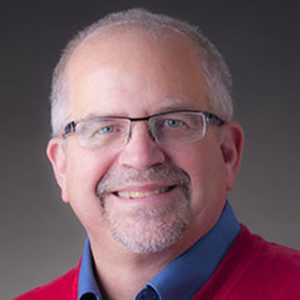 Jeffrey L. Stafford is a professor of organizational communication and leadership studies at Eastern Washington University. He has been involved with the study and practice of leadership for most of his 40-plus year career. Reviews of his work have noted that he has that “rare mix of business and academic credentials that results in an effective merging of theory and practice.”

Stafford’s academic credentials include a doctorate in organizational communications and leadership studies, a master’s degree in group counseling and student personnel, and a bachelor’s degree in architecture. He also has numerous advanced certifications in leadership from the Ken Blanchard Company where he is a channel partner and was even a Microsoft-certified relational database programmer.

Stafford has also held a number of administrative positions at EWU including associate dean, interim vice-provost, associate vice-provost and department chair. He has worked at Hewlett-Packard as part of their Visiting Scholar Program and at Home Depot. His work with community and professional groups includes Little League Board of Directors, Treasurer for the Northwest Communication Association, the EWU Young Professionals Network Board, and a variety of other leadership, advisory and mentoring positions. Before coming to Eastern, he worked in Student Affairs & Continuing Education at Kansas State University and Texas Tech University.

His honors include being named a university professor (by student government), receiving the Dean’s Faculty Service Award several times and the university’s Faculty Achievement Award for Service and Teaching.

He is an author, software developer, social scientist and lecturer and has worked with numerous organizations as an organizational consultant. He is also a father and husband, little league coach, collector of baseball cards and comic books, and an avid reader of science fiction and fantasy.

Stafford’s professional consulting work is aimed at helping individuals and organizations learn to strategically improve while creating a dynamic and positive culture for the people who work in that organization. Most of his work is local and regional, but he has served as a leadership consultant as far away as Saudi Arabia and has presented at local and international conferences in Japan. Stafford approaches all issues with a synthesis of data-driven analysis and a concept-driven philosophy. He practices the truth that organizational excellence lies in the confluence of vision and reality. Stafford has been involved with many nonprofit organizations, donating his time and energy to help them in achieving their mission.

His passion in life, after his children, is teaching and working with students. One former student stated, “He is a superior instructor with the knowledge, the experience and the ability to assist the participants in gaining essential knowledge needed to be strong and dynamic leaders in the dynamic and changing world.” Another said, “Ya just got to like this guy. He knows his stuff and teaches it in such a way that it is exciting and interesting…”

Having accomplished many of his career goals (professor, business owner, consultant, author), he still has a few left to do: science officer on a starship, imagineer for Disney, center fielder for the New York Yankees, and illustrator for Marvel Comics. Any guesses which two are “most” likely to happen and which two are “least” likely?