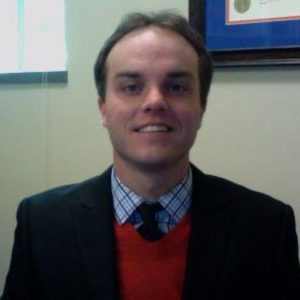 John Collins is currently the Jeffers Chertok Professor of the Humanities and a senior lecturer in the history department at EWU. He received his doctorate in history from the University of Virginia in 2013 and a master of philosophy from the University of Cambridge in 2008. His current areas of research are the history of martial law, the law of necessity, the intersection between law and emergency, and the history of private militias. His work spans the period from 1500-1800 with an emphasis on early modern England, the early English Empire, and early America. He currently teaches courses on the history of Europe, Britain, Ireland, the British Empire, Human Rights, and on Anglo-American Constitutionalism.