Fifty Years Since Kent State: Demonstration at Cadet Hall, May 5, 1970 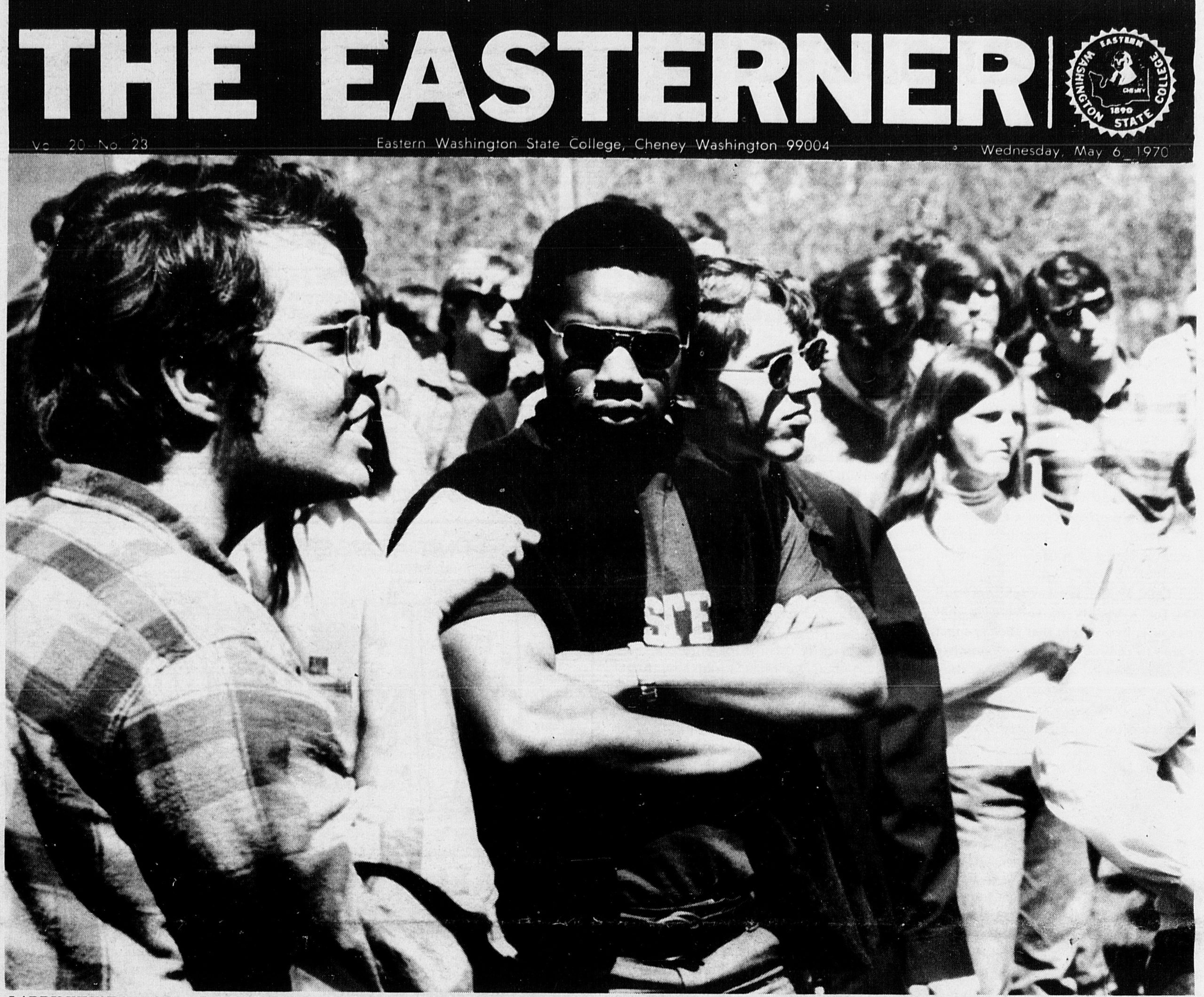 On May 4, 1970, Ohio National Guard members were called to keep the peace at Kent State University during a student demonstration protesting bombing in Cambodia during the Vietnam War. Tragically, four unarmed protesters were shot when the National Guard tried to break up the protest. The day after the shooting, anti-war rallies erupted on campuses across the nation. EWU, then known as Eastern Washington State College, was no different. Students at Eastern Washington State College gathered outside Isle Hall before marching to Cadet Hall, which is still the headquarters for Eastern’s ROTC program.

According to the May 6, 1970 issue of the Easterner, 250-300 students were involved in the demonstration including members of the Committee for Peace in Vietnam and the Black Student Union. Unit commander Colonel Andy Pribow and Dean of Students Daryl Hagie succeeded in dissuading the demonstrators from their initial goal of occupying Cadet Hall. The crowd was dispersed peacefully, although the day was filled with turmoil. Aside from the demonstration, a fire was lit in the athletics pavilion, a bomb threat was issued, and a handful of physical altercations occurred on the periphery of the protest. See more materials related to this event in our digital commons.

The Vietnam War continued to impact Eastern as new protests would arise in future years and more and more veterans enrolled at Eastern in order to help transition to civilian life.

Meet library and learning commons service providers all in one place!

Getting Started with PICO: A Research Process Workshop