The Passing of Jay W. Rea 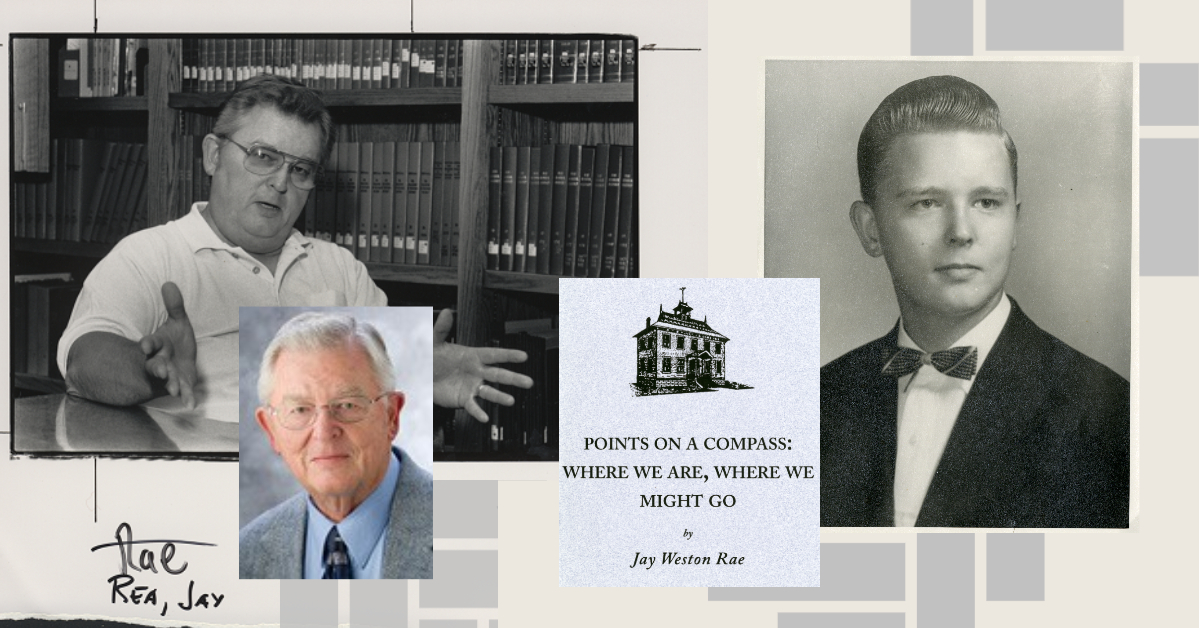 Emeritus University Archivist Jay Weston Rea passed away on April 18th. Through the end of his life, he was a significant and heartfelt supporter of all things EWU, and his engagement and philanthropy extended beyond the library to the EWU Retirees Association, the EWU Foundation, EWU Athletics, and many other areas of EWU. He joined the library’s faculty in 1970 and spent 28 years at Eastern, but his dedication and service to the university did not end with his retirement in 1998. Subsequent to his “retirement” he served as both President and the Secretary-Treasurer of the EWU Retirees Association, and as a member of the Board of the Foundation from 2008 to 2017. Jay was a devoted fan of EWU athletics. He was a season ticket holder for both football and basketball for many years, and he always knew just where Eastern’s chances stood for tournament and champion runs based on the numbers. Jay was also an avid golfer, and kept the tournament scores for the Retirees Association Golf Tournament in support of the Golden Eagle Scholarship fund.

Jay came to Eastern immediately after graduating from the University of Oregon with a Master of Library Science with an emphasis in archival administration. During his twenty-eight years at Eastern, he was active in university and community affairs. He was hired as a Cataloging Librarian, and served as Acting Head of Cataloging until 1972. In 1972 he became Documents Librarian, and University Archivist. In the early 1970s the university and the State Archives negotiated the placement of a regional branch of the Washington State Archives on the campus, resulting in Jay becoming Regional Archivist for the Eastern Regional Branch of the State Archives from 1973 through 1990. In addition to developing the university’s archives and records management programs, he was appointed by the Governor to the Washington State Historical Records Advisory Board from 1977 through 1998. He relinquished the Documents Librarian responsibilities in 1992, when he became head of the Collection Management and Access Services Division of the library.

Through the end of his life, Jay was an active scholar. He wrote a biography of Ceylon Samuel Kingston and published it with Kingston’s collected works in a single volume. He wrote a proposal for, and was director of, a $45,000 grant by the National Historical Publications and Records Commission (NHPRC) to appraise, arrange, and describe the records of the City of Spokane. In his retirement, Jay was a regular figure in the JFK library as he worked on research projects on the history of Eastern Washington University and higher education in Washington state.