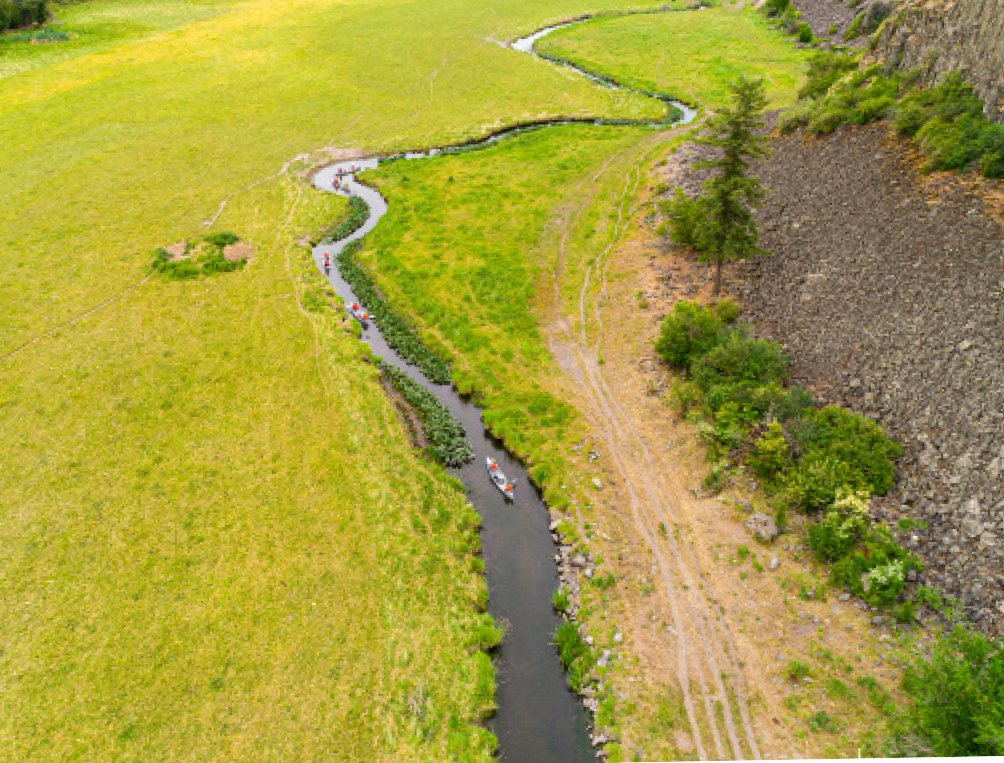 Covid-19’s disruptions over the past year-and-a-half haven’t just affected indoor learning at Eastern, they’ve also upended many of the outdoor experiences that make higher education in the magnificent Inland Northwest so rewarding.

EWU’s Geology Field Camp is an intensive, hands-on capstone requirement that allows budding geologists to take to the hills (and gorges and valleys and lakes and rivers) to sharpen their problem-solving skills amidst some of the most dramatic features of our ever-evolving planet.

Because such camps typically require interstate travel and shared lodging, last summer universities across the nation cancelled their camps due to covid concerns. But EWU’s Chad Pritchard, associate professor and chair of geosciences, wasn’t ready to pull the plug on Eastern’s annual event.

Instead, Pritchard and his team put in long hours to create a 4-week camp that eliminated risky travel and adhered to best-practices for social distancing. Camp organizers realized early on that keeping students safe would necessitate foregoing the trip to Eastern’s typical gathering place in Dillon, Montana. This year’s camp was thus held closer to home, where students successfully mountain biked, hiked, climbed and paddled to pursue investigations in semi-remote locations in their own backyard.

Staying local had the benefit of allowing other EWU organizations to pitch in. A mapping project on Bonnie Lake, a lovely lowland body of water just south of the Turnbull National Wildlife Refuge, involved EWU’s EPIC Adventures providing canoes. EPIC also provided transportation to projects conducted at Tower Mountain on the Cascade Crest and Spokane County’s historic Silver Hill Mine.

In addition to those activities, Pritchard’s students also used drones and legwork to map 200 acres of land recently acquired by the City of Cheney for wastewater treatment lagoons. They afterwards submitted a report for faculty feedback.

“It was a professional-level report and they presented it really well,” Pritchard says.