Just weeks after EWU’s glittering new Interdisciplinary Science Center opened its doors, construction began on the $45 million first phase of a Science Building renovation — a companion project that promises to usher in a new era of research and discovery at Eastern. 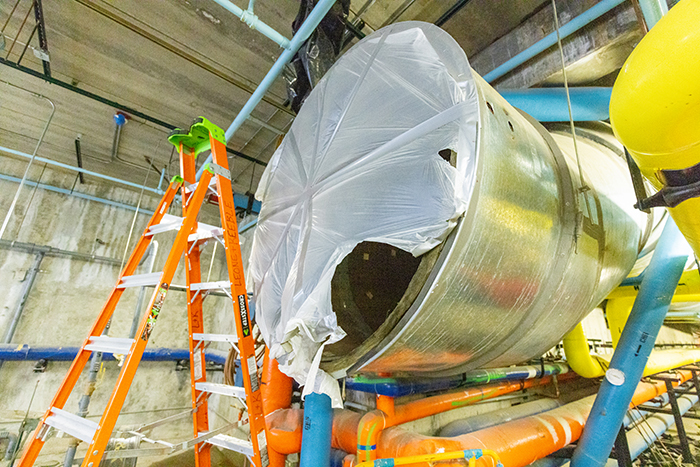 The Science Building, dubbed the “Hall of Sciences” upon its completion

in 1962, is long overdue for an update, says David Bowman, dean of Eastern’s College of STEM.

These Cold War capabilities will end up in the dustbin of Eastern history when the renovated building is completed in four years.

These Cold War capabilities will end up in the dustbin of Eastern history when the renovated building is completed in four years. Plans call for Leone & Keeble, the Spokane construction firm at work on the project, to implement a flexible, carefully engineered space that will assist Eastern’s scientists and scholars in pursuing today’s increasingly complex, interdisciplinary investigations.

Though most science instruction for students will take place next door in the ISC, the steel and glass skyways connecting the two buildings are more than symbolic. The links emphasize, according to Bowman, Eastern’s stress on including students — undergraduates included — on even the most advanced investigations.

“For the College of STEM, engaging students in faculty research is key,” he says.