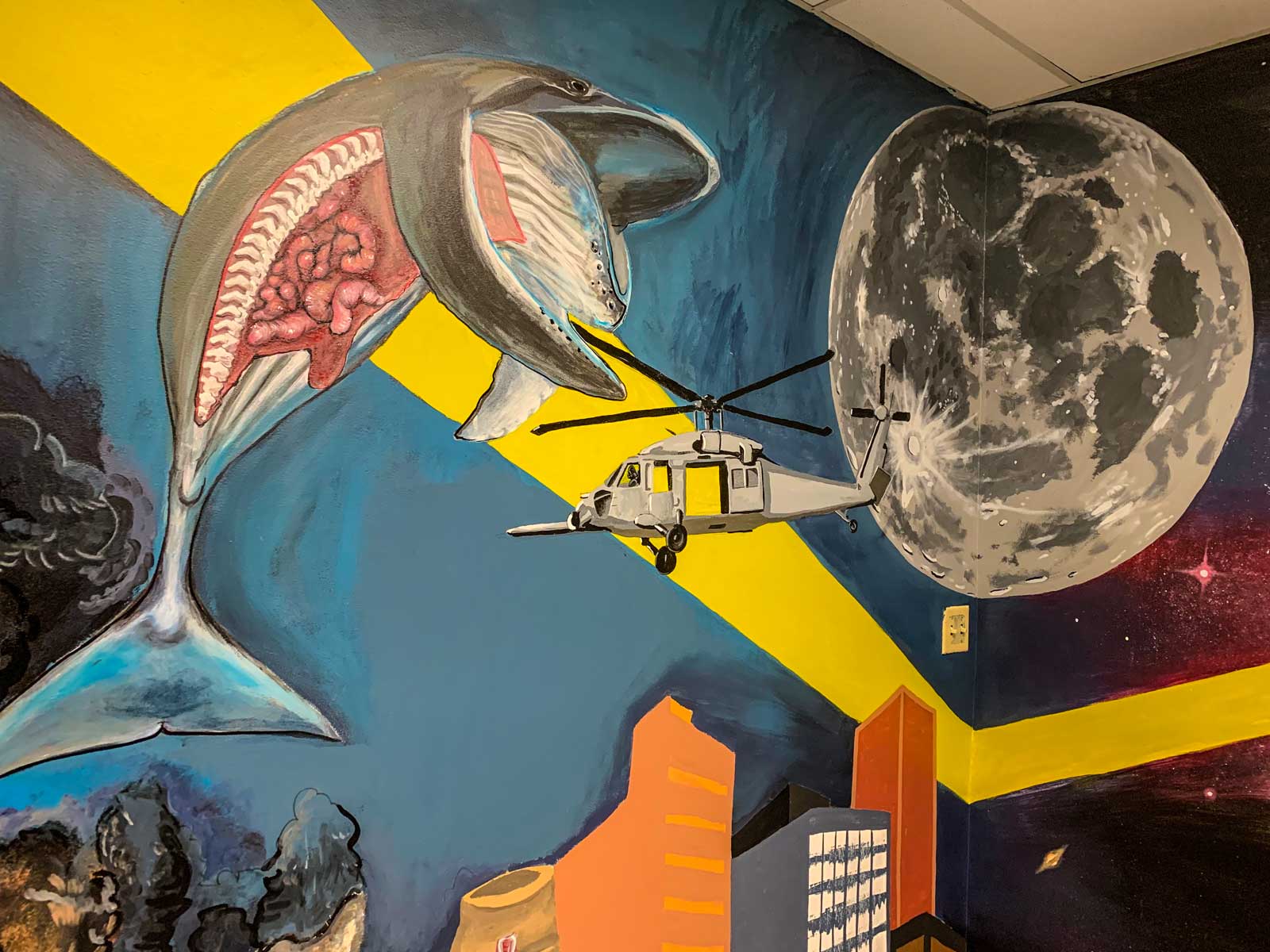 A colorful celebration of discovery now enlivens the Science Building.

Even as the new Interdisciplinary Science Center rises next door, the old Science Building at EWU remains a vital center for learning and discovery. It is also now a destination for art aficionados, thanks to a massive, science-celebrating mural recently completed by a creative group of EWU students. “The Enduring Beam of Science,” as the new work is titled, depicts all major areas of study represented in the building.

The mural was the brainchild of Nigel Davies, a scientific instructional technician in geology, who felt something was needed to adorn the bland walls framing the Science Building’s temporary entrance. Davies contacted EWU art instructor Lena Lopez Schindler, who agreed the walls needed attention, and a creative collaboration was born.

Lopez Schindler suggested the project would make a powerful experiential course for her students. In total, a dozen students from the departments of art, visual communications design, and biochemistry signed on to work with Lopez Schindler.

They began by immersing themselves in the details of the various scientific and scholarly projects ongoing in the building.

“It became apparent to the class the overwhelming amount of visual information that was in the Science Building,” says Lopez Schindler. “From the research posters lining the hallways, to display cases full of geology samples, stuffed birds, reptiles and mammals, to lecture announcements covering recent scientific discoveries.”

To make sense of this wealth of visual fodder, the students formed groups and compiled sketches, eventually formally presenting their ideas to an audience of faculty, administrators and facility operators. Once

“The Enduring Beam of Science” theme was ratified, the students began painting.

al artists work in the real world, with lots of moving parts, critiques and working during “off” hours to avoid high-traffic times during the school day.

“For a collaboration to come to fruition every part of the project, from design to painting, is rigorously discussed and worked over as a group, individuals working as a team — much like a symphony playing a piece of music.”

Visitors can view the mural during business hours via the west entry to the Science Building.