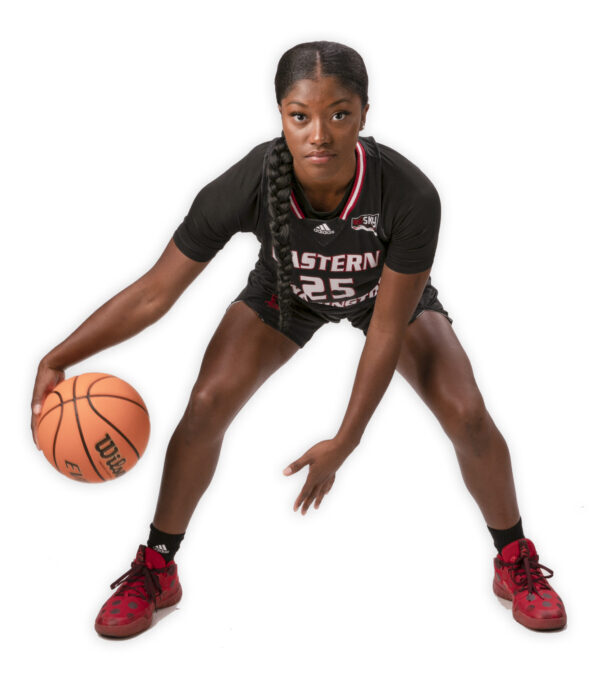 As Title IX turned 50 this year, EWU took time to reflect on the landmark federal statute.

This year marked a half-century since the adoption of Title IX of the Education Amendments of 1972, a landmark federal civil rights law that prohibited sex-based discrimination in education programs and other activities that received federal funding. At Eastern and around the nation, colleges and universities have used the anniversary to reflect on Title IX’s seismic impact in higher education and beyond.

“It wasn’t that long ago that your gender would have had a really big impact on what you were able to do and how much you could achieve,” says Annika Scharosch, JD, Eastern’s Title IX coordinator and associate vice president for civil rights, compliance and enterprise risk management. These days, she adds, students don’t have to worry about being denied admission to professional programs or held back due to their gender. That includes women who want to become doctors and men want to become nurses, as well as members of the LGBTQ+ community.

Nationwide, U.S. Census Bureau data shows that in 1970, pre-Title IX, just 8 percent of women earned a college degree. By 2020, the number of female college graduates increased to nearly 33 percent, a number exceeding that of male graduates.

“I grew up playing half-court basketball in the state of Oklahoma,” recalls Hickey. Back then, she says, women’s basketball was a three-on-three, half-court game because male administrators thought females didn’t have the stamina to compete full-court.

Over the years, as Title IX’s impact on athletics created a battleground for women’s rights, thousands of women — and men — stepped up to champion equity. Hickey credits her father, who coached middle and high school sports for 47 years, with inspiring her love of athletics.

Hickey’s groundbreaking résumé includes becoming the first female athletic director at the University of Texas, San Antonio. At the time she was the only female Division 1 athletic director in Texas. When Hickey left the job 18 years later, her list of accomplishments included starting football, women’s soccer and women’s golf programs. She points to the experience of her daughter, Lauren, as evidence of Title IX’s generational sway.

Lauren not only grew up in a world where her mother was high-achieving in the male-dominated field of collegiate athletics, Hickey says, her aunts included a doctor, two attorneys and a social worker.

“Just think that in one generation how everything has changed,” Hickey says. “You have to give Title IX credit for that turnaround.”