A foundation’s benevolence means Jessica Scognamiglio, and dozens of other hard-working Eagle students, face a less burdensome path to graduation.

For decades, students have come to Eastern Washington University because it offers a uniquely attractive combination of access and affordability. But for many who matriculate at EWU, particularly first-generation and non-traditional students, staying in school is a quarter-by-quarter proposition, and the path to graduation is fraught with pitfalls.

Financial obstacles are among the most typical. Though Eastern consistently ranks as among the most economical universities in Washington, a sizable portion of EWU students must earn wages to stay in school. Most labor in part-time jobs, but many attend Eastern while working full-time, sometimes in more than one job. Why do they do it? Because overcoming such obstacles means securing a better future for themselves and their families.

For one pair of Eastern donors, these hard-working Eagles deserve a break. Late last year the Krumble Foundation, a Spokane charitable organization founded by Burke and Muriel Blevins, pledged $1.35 million in scholarship support to ensure that more Eastern students are able to persist in their studies.

The gift’s largest allocation will support the Soaring Eagle Scholarship, a new fund aimed at assisting financially challenged students who demonstrate the grit and perseverance to “take flight” at EWU. As part of the program, as many as 45 juniors and seniors will each be awarded $6,000 every academic year.

Jessica Scognamiglio is one of the first beneficiaries. Currently an EWU junior majoring in dental hygiene, she has been working since she was in high school. Because her family isn’t able to contribute to her college expenses, Scognamiglio is on her own when it comes to tuition and fees each quarter — as well as the rest of her modest living costs.

“I saved up quite a bit of money in high school from my job, and was able to pay for my first-year tuition with that savings,” she says. “Most of my funding for everything else was through me working, and I got a few scholarships and grants throughout the first couple of years.”

Before becoming a Soaring Eagle recipient, it was an EWU Grant — funding awarded to new students who are Washington state residents and demonstrate financial need — that got Scognamiglio in the door at Eastern. To save on tuition costs, she had originally planned to attend Spokane Falls Community College. But the grant, she says, pretty much erased the price difference between SFCC and Eastern. Excited to start at a four-year university, and eager to purse a career that would allow her to help people in a person-to-person way, she enrolled at EWU in 2017.

“I was kind of in between nursing and dental hygiene, but I really enjoy the amount of time you get with the patient as a hygienist,” says Scognamiglio, a self-confessed people person. “You have a patient who comes in usually every six months and you get a whole hour with them. I thought that was awesome, to be able to connect like that.”

The Spokane native has never had a job where she wasn’t connecting with people. Scognamiglio got her first paid gig at age 16, working as an associate at a clothing store in Northtown Mall. Her hard work impressed her supervisors, and the day Scognamiglio turned 18 she was promoted to assistant manager.

When she started classes at Eastern in the fall of her freshman year, Scognamiglio was working nearly full time. She says she quickly learned it was too much to juggle 40-hour workweeks with college courses. “It was a big awakening. I realized I couldn’t do that anymore,” she remembers. “So, I went on to work as an associate at a different clothing store, then as a hostess at Downriver Grill — that was really fun —and I currently work at the Milk Bottle as a server. It’s the most fun job ever.”

A Spokane icon, tucked neatly away in the artsy Garland District, the Milk Bottle has become an integral part of Scognamiglio’s story. Her dedication — always showing up for shifts and working extra hours when needed — has earned her the respect of coworkers and bosses. Scognamiglio says she’s been lucky: She was able to coordinate with her manager to make sure her schedule not only benefited the diner, but also her education.

But still, as has been the case for so many students currently employed in the restaurant and hospitality industry, she says Covid-19 upended her already precariously balanced means of making ends meet. The pandemic lock-down, for instance, forced the Milk Bottle to close its doors for months.

At first, she thought of the closure as little more than a temporary setback. But as the weeks dragged on, and various stages of reopening came and went, Scognamiglio realized she would only be able to work, at most, one or two days a week.

“Right around the time [the pandemic] hit, I found out that I got into the dental hygiene program. My goal was to work full time during the summer and save up as much money as I could,” she says. “So, that was very stressful. Thankfully, I was able to work a little bit throughout the summer, and I did save some money.”

But even with the money she earned over the summer, Scognamiglio admits she had no idea how she was going to pay for tuition in the fall. And the dental hygiene program, like many professional programs, comes with additional student fees. Hygienists in training are required, for example, to purchase specialized gear like loupes — magnifying instruments that can run as much as $2,000.
But on a warm summer day last year — Scognamiglio recalls she was working a shift at the Milk Bottle when it happened — she received email notice that she was a Soaring Eagle recipient. “I was overjoyed!” she says.

The financial award covers most of Scognamiglio’s tuition for the year, leaving her to cover only fees, supplies, books and living expenses. She says she will likely resort to student loans to cover some of these costs, but that debt burden will be much smaller thanks to the generosity of her scholarship.

Scognamiglio is exactly the type of student the Krumble Foundation wants to help succeed. And she is proud that her determination caught their eye and earned for her one of the scholarships.
“I feel like I’ve demonstrated grit through my hard work in the dental hygiene program and my being able to hold a job while going to school,” she says. “A lot of my friends decided not to work and to take out more loans, just so that school is a little bit easier for them.”

The multi-tiered gift from the Krumble Foundation is not only helping undergraduates like Scognamiglio avoid potentially burdensome debt, it is also providing funds aimed at improving retention rates and encouraging job-creating internships.

Especially during the Covid-19 crisis, many EWU students have faced enrollment-threatening financial struggles related to unemployment and housing changes. Such pandemic-related problems don’t just hurt in the short term; they can also create issues down the road. Any student who owes more than $1,000 or more in unpaid tuition and fees, for example, cannot register for the next quarter.

To help, the Krumble Foundation stepped up to provide “micro-grants,” small-dollar supplements to students who are in good academic standing and likely to graduate.

Without scholarships,” Scognamiglio adds simply, “I would not be in college.

As long-time local business owners, the Blevins also know the importance of internships. Often, however, internship opportunities come with their own financial burdens. Interns typically have to pay for housing in a new city, and they must often forego, at least temporarily, wages they would have earned at their current place of employment. (As is the norm these days, most interns will not be paid for their contributions.)

Cash considerations shouldn’t derail opportunities for interns, the Blevins say. So, in addition to the scholarships and grants, the foundation is also backing a program that allows Eagles interning at nonprofit or governmental agencies to apply for a one-time stipend of up to $3,000. 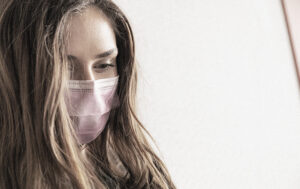 Such programs underscore the passion the Blevins’ feel for helping striving students get the push they need to succeed. Theirs is a philanthropic vision that resonates beyond the university campus, benefiting the entire community by ensuring that a greater number of well-trained and ambitious employees will be available in the regional workforce.

The Blevins also hope they can inspire additional alumni, parents and friends of EWU to consider a gift to help support additional students like Scognamiglio who personify the grit and perseverance so common among Eastern Eagles.

“The scholarship money,” Scognamiglio says, “goes so much further than just giving me money to go to school. I’m thankful that the donors of this scholarship care about me and want me to succeed.”

“Without scholarships,” she adds simply, “I would not be in college.”