In a Paradise Under Pressure, an Eagle Markets Unity 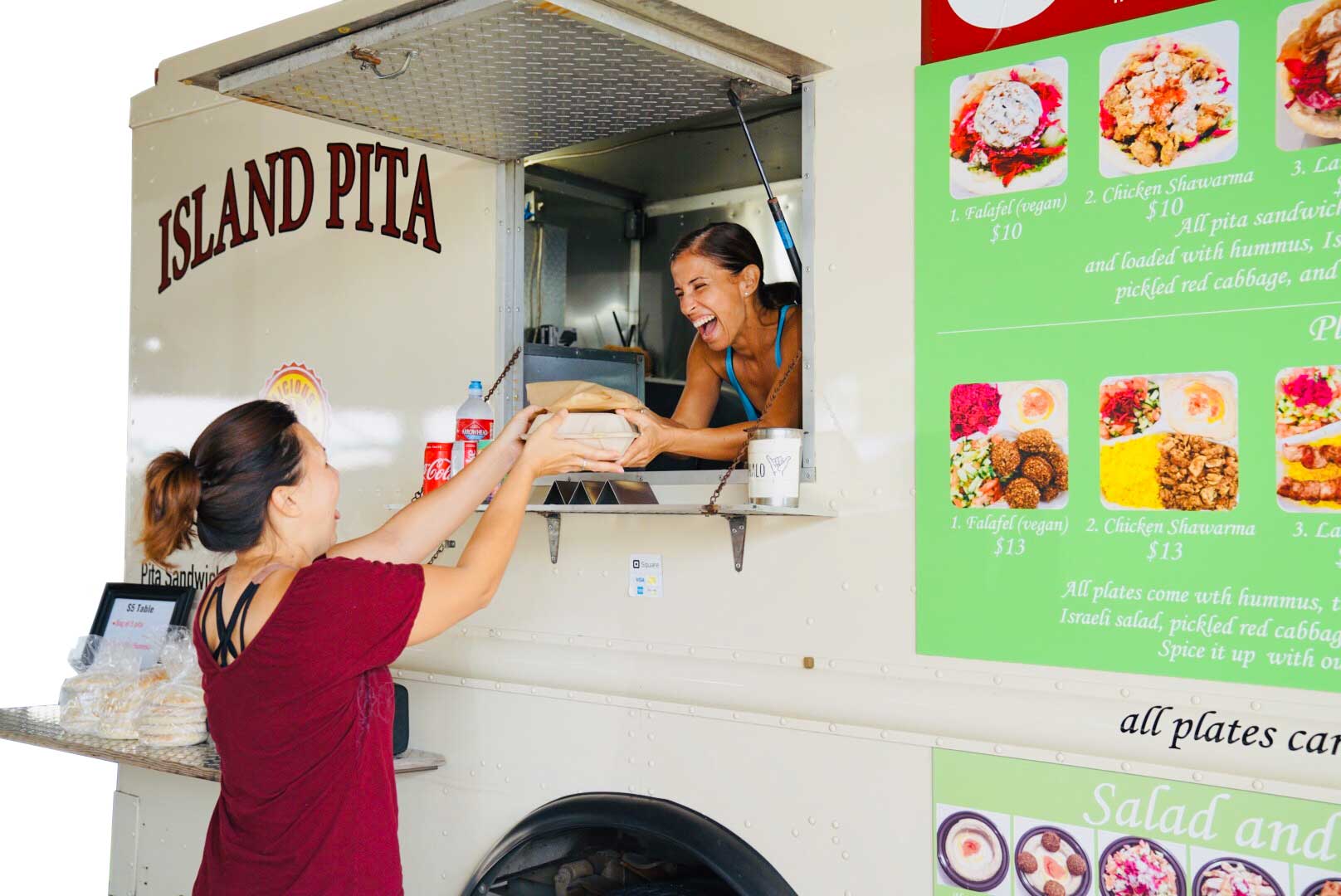 An Eastern alumna’s outdoor market is bringing Hawaiians together.

The Hawaiian word lokahi, roughly defined, means “balanced, unified and harmonious.” For Michelle Horton ’10, and others who call the Aloha State home, the term is often deployed to describe the sort of benevolent, communitarian way of living that they and their neighbors aspire to perfect.

Horton is from Kailua, a small city on Oahu’s Windward Coast. In recent years her hometown, thanks in part to social media shout-outs and celebrity stopovers, has earned a place on the short list of Hawaii’s most visit-worthy spots. Horton says such a distinction, while hardly a civic liability, has recently created a veritable tsunami of growth-related tensions that are endangering the lokahi vibe.

“Hawaii’s economy relies predominantly on tourism, and so naturally there will be some unintended consequences that come as a result,” Horton says. It’s not tourism per se, she says, that’s the problem. “It’s more of everyone’s inability to compromise that has contributed to the deterioration of the lokahi spirit.”

A 2019 report by researchers from the University of Hawaii agreed, finding that, in general, the state and its visitors have been “negatively affected by rapid growth, diminishing economic contributions, and the lack of a comprehensive tourism management plan.”

Horton, who focused on the effects of globalization while studying political science at Eastern, says her own research as a graduate student at the University of Hawaii indicated that such issues are particularly acute in places like Kailua, where rising rents and strained infrastructure have put people on edge.

Her answer? More lokahi. “One of the most interesting findings from my research was that despite the conflict taking place, there was also an underlying, shared desire to establish a more balanced and harmonious dynamic within the community,” she says.

In an effort to further leverage that dynamic, Horton has founded a new community market that she hopes will “be a place where we leave our differences aside and come together to experience the talents of others, support local farmers, health and wellness enthusiasts, and foodies.”

Named, quite naturally, the Lokahi Kailua Market, it has already attracted a healthy cohort of vendors and visitors during a “soft opening” in September. Its grand opening celebration was Dec. 2.

“The whole idea is that everyone in life has a gift, and it is our ‘kuleana’ — the Hawaiian word for responsibility — to share our gift in a positive way to uplift others,” Horton says.

“In the short time in which we’ve been in operation, the changes we’ve observed have been incredible. It’s a true blessing to see so many people coming together and, even if only for a moment in time, we work together in a harmonious and positive way.”