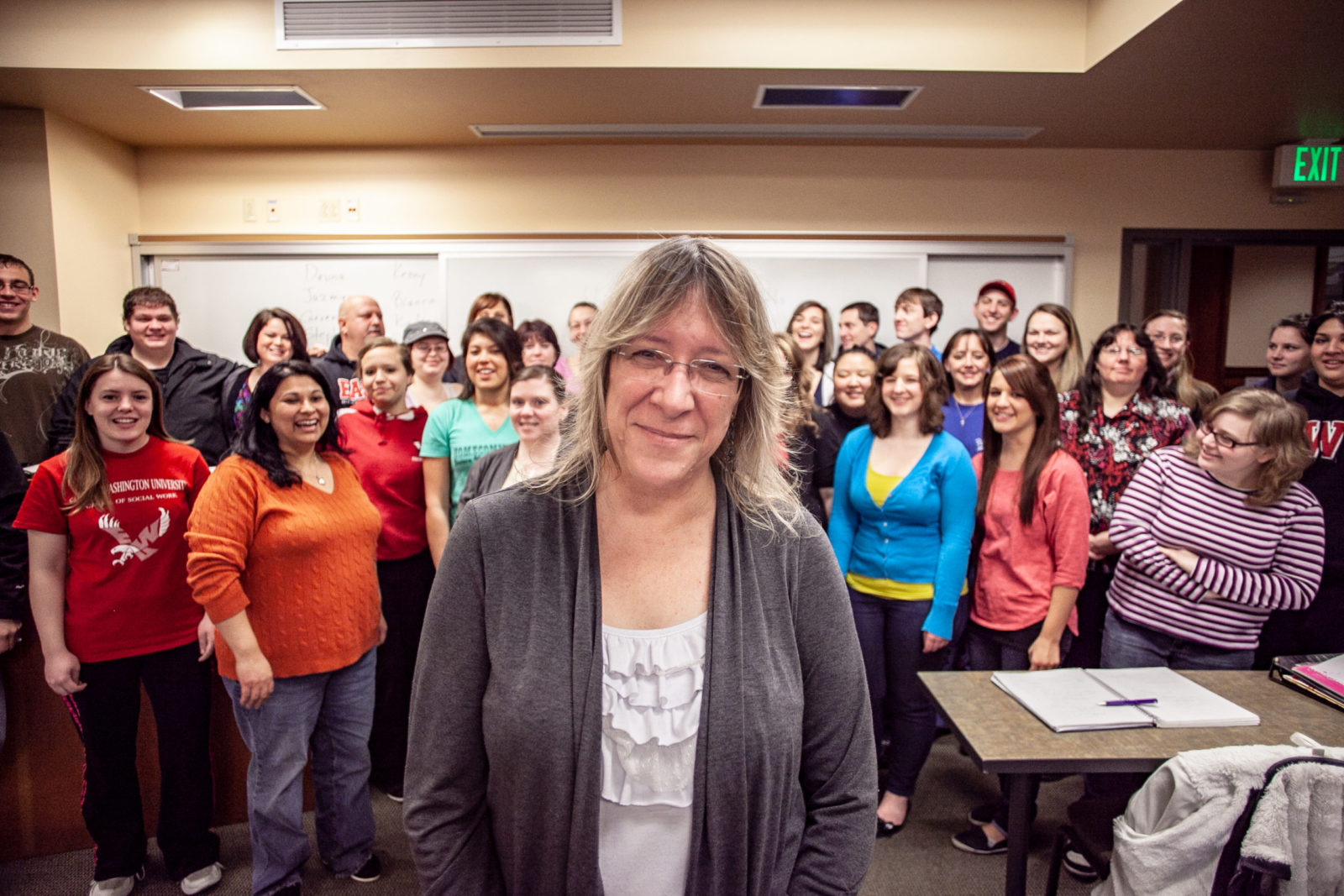 LuAnn “Lu” Brown, died suddenly last October, the senior lecturer and associate director of EWU’s field social work education program left a huge void. Senior students whom she counseled, advised, challenged and empowered were particularly bereft, and wanted to publicly assert how Brown’s influence would endure. Their solution? Receiving their diplomas while wearing hand-knit stoles inscribed with the saying “What Would Lu Do.”

Brown served the social work profession, the community, and EWU for more than two decades. A simple list of Brown’s accomplishments, her students say, doesn’t adequately explain the profound impact and influence she had on her students, coworkers and peers as a tireless promoter of social justice.

“After Lu died in October, there was palpable, deep grief in her classroom,” said one of Brown’s students, Leta Lawhead. “Many of us didn’t know how to move through it. Slowly, slowly, and so gently, some of us began to ask the same question. It was profoundly moving. That question shifted slightly, on certain days, and became, “What Would Lu Do?”

Lawhead, who was awarded a Master of Social Work degree during last spring’s EWU commencement ceremony in Spokane, led the effort to knit the commemorative stoles. She proudly wore hers during the June 15 event.

“I remember the first time that I met her in a practicum prep class my first year of grad school,” explained Lawhead. “I immediately knew that she was someone that I wanted to get to know—she had this amazing energy for advocacy and macro work; her passion for empowering and challenging people was contagious.”