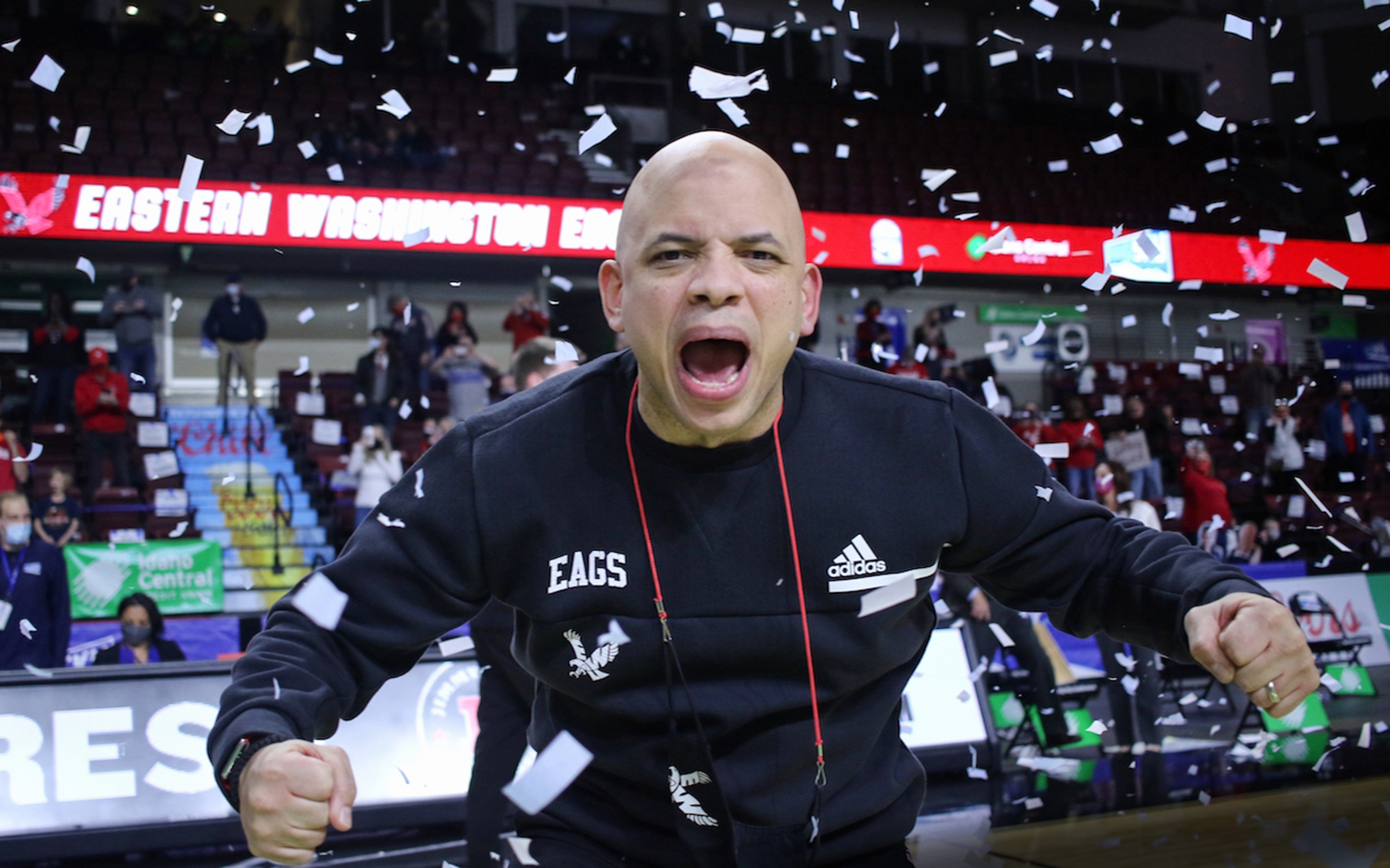 Eastern’s head basketball coach accepts the top job at the University of Portland.

Following Eastern’s Big Sky Conference Tournament championship — and a spirited near-miss against the University of Kansas in the first round of March Madness — men’s basketball head coach Shantay Legans announced he was leaving EWU for the top job at the University of Portland.

Legans served at Eastern for 12 years, eight as an assistant and four as head coach. In addition to his 2021 successes, Legans last year led his Eagles team to a 23-8 record and a Big Sky regular-season championship, accomplishments that earned him conference Coach of the Year honors. In each of his four seasons at the helm, EWU men’s basketball boasted a winning conference record.

“This was my first job. I had two children here, I met my wife here,” Legans told KREM 2 television after going public with his departure. “It’s the best place I’ve ever lived in my life. Eastern is a special place, it will always have a special place in my heart and I’m going to miss this place dearly.”

Legans will lead a Portland Pilots program that has struggled in recent years, and last made the NCAA Tournament in 1996.