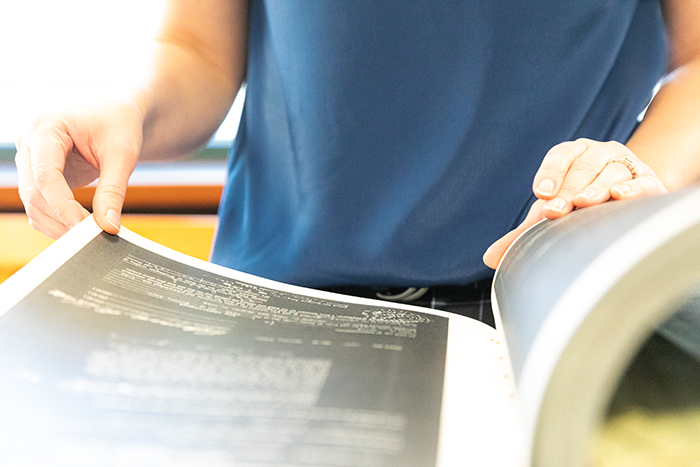 History studies at Eastern has a long track record of success, placing graduates in important jobs across the Inland Northwest and throughout the nation. But in recent years lagging enrollment for graduate studies led administrators to make a little history of their own.

This November, EWU’s Department of History introduced an online-only master’s degree program, one of just a handful available nationwide. Already more than 100 graduate students from across the country have enrolled. “It’s been a tremendous success,” says Larry Cebula, an EWU professor of history and one of the founders of the online program.

The robust online enrollment numbers weren’t a surprise, says Cebula, given the ongoing interest of students looking to the past for their professional futures.

“A master’s in history has always been a really valuable degree,” he says, adding that Eastern MA recipients, among other desirable jobs, are working as archivists (including at Spokane’s Museum of Arts and Culture), serving in state government and doing historic preservation.

Theresa Mitchell, a Massachusetts resident who works in environmental non-profit management and as a writer specializing in historical nonfiction, is among the program’s first class of students.

“Throughout my professional life, what was missing was formal training as a historian,” Mitchell says. “I want to approach future work with proper credentials, instead of ‘merely’ writing about the past, as would a journalist.”

Mitchell says she searched for a year before discovering EWU’s online master’s degree program. She describes it as a “great fit,” and praises the diverse points-of-view she encounters. “The caliber of my fellow students inspires me to do my best,” she says.

“Throughout my professional life, what was missing was formal training as a historian,” Mitchell says. “I want to approach future work with proper credentials, instead of ‘merely’ writing about the past, as would a journalist.”

One unique feature of the EWU’s online offering is its compressed classes. Typically graduate classes in history run over a 10-week period, but those for Eastern’s degree are only six weeks long. The shorter term, however, doesn’t mean less demanding requirements, Cebula says. “This is not less, this is more. These students work really hard.”

For students like Mitchell, the hard work is part of the attraction. “The curriculum perfectly suits my learning objectives. The coursework is challenging and I’m grateful for intelligent, kind and compassionate professors invested in their students’ success.”