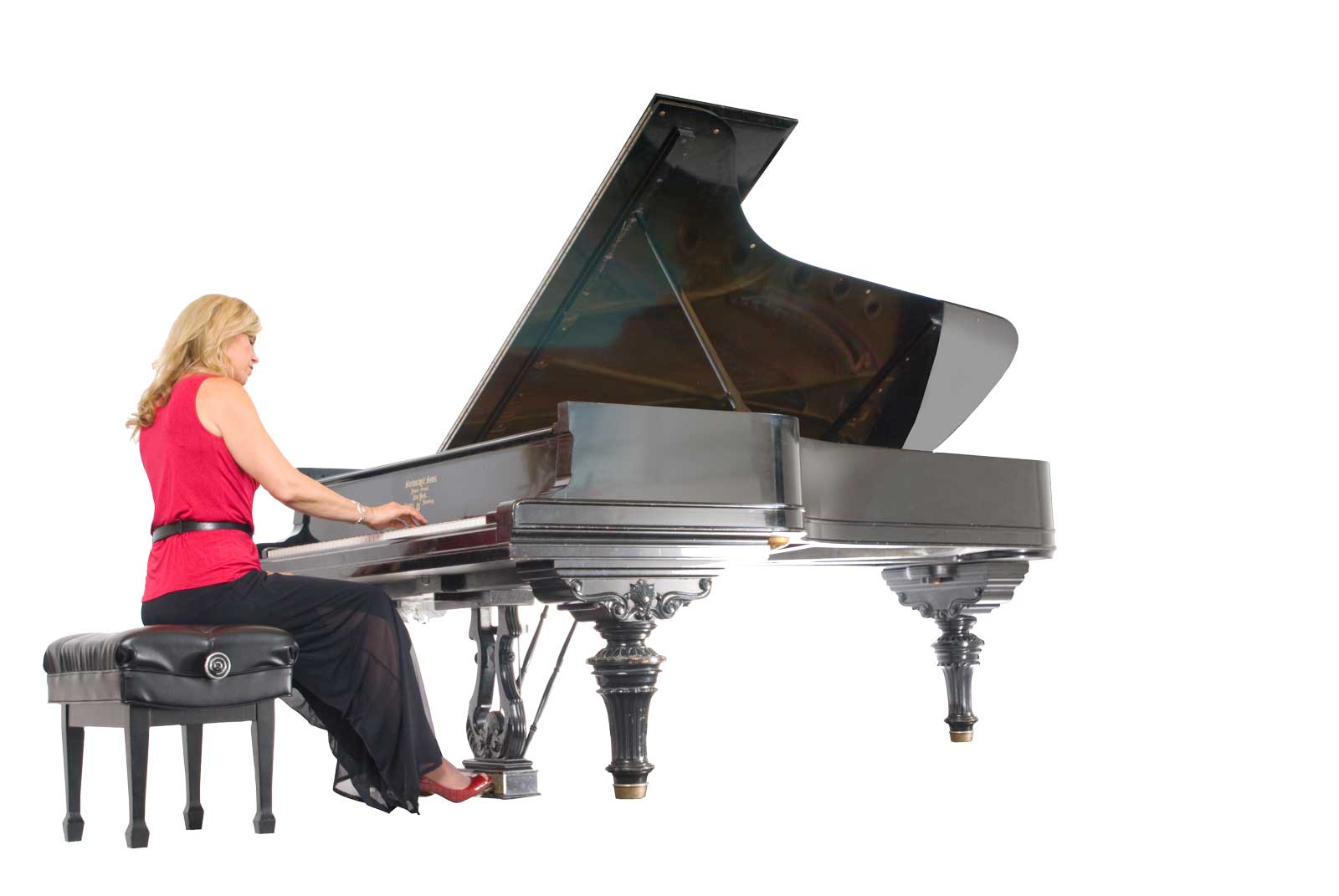 Jody Graves, a music professor and director of piano studies at EWU, in October was inducted into the Steinway & Sons Teacher Hall of Fame.

Applauding her “passionate commitment to teaching and inspiring young people,” Steinway CEO Ron Losby said that Graves’ dedication to her students was both “commendable and rare.” Eastern magazine caught up with the honoree shortly before she traveled to New York for the induction ceremony. Note: This is the full version of an edited interview with Graves that ran in our print edition.

How did you initially discover your aptitude for the piano? Did you know right away that the piano was the instrument for you?

I started playing when I was 3 years old.  My mom was my first teacher, and by age 5 I was sent to another teacher for further training.  I was always singing and trying out melodies on the piano, and even listening to records and playing those tunes by ear at the piano.  I have been playing ever since as a soloist, collaborative artist, in every kind of venue from international concert stages to night clubs, festivals and funerals.  I had no idea that by learning the instrument I love I would be on a trajectory that took me from playing little house concerts in Wenatchee, Washington to serving as a cultural ambassador for the U.S. State Department in the Middle East, where I have played concerts and talked with government leaders on the role of fine art in our respective countries.  When I took the position here at EWU in 2003, I was thrilled to come back as an alumna to work with the students here, knowing that I might be able to inspire other young artists to develop their talents and see where it might take them as it has for me.

What role did teachers play in helping you discover and develop your talent?

I had great teachers along the way, and every one of them had a profound influence on my artistic growth as well as my personal growth.  The unique aspect of fine art training on an instrument requires a one-on-one setting, and that in itself fosters an environment that requires trust and a willingness to tr things that are often challenging but lead to great results if you are teachable. I have worked with some of the best teachers in the U.S. and abroad, and the common thread with all of them was their encouragement and belief in my talent, as well as their honesty in what it takes to navigate the life of a concert artist.  I was constantly inspired and guided by these great teachers, and their words and countenance continue to resonate through my own teaching.  There is an old myth that you are either a concert artist or a teacher…the reality is that 99% of concert artists are also teachers.  Passing the knowledge of artistic delivery along to young people is part of the vocation…it’s not a “job.”

What qualities does it take to become, as the Steinway & Sons citation put it, a teacher that “helps students lay the foundation for a lifetime of musical and artistic expression?”

The first quality that comes to mind is that in order to really teach someone to play well you have to also be performing and practicing so the nuances and challenges of the craft remains fresh.  I happen to teach piano, but what I really do is teach people… the piano is simply the venue as it were to elicit curiosity and excitement.  I tell my students that “it is never about perfection… it is always about presence.”  I believe in the true meaning of ‘educare’ (educate) which is to cultivate and draw out of the student the talents, skills and knowledge that are already present in them.  I train students to enter competitions, to perform concerts, to play at church, to build their own piano studio, or to collaborate with other musicians in various venues.  It’s about making your life a work of art…no matter what someone chooses to “do.”

Even while serving as EWU’s director of piano studies, you’ve continued to have a very successful career as a performer. How difficult is it for you to do both jobs at such a high level?

Ah, this is the question that resonates with every performing artist, author, scientist or researcher in academia!  I generally teach here from 6 to 7 hours in a given day, and then I add a couple of hours of practicing my own work on top of that.  I teach and give master classes and workshops all over the country and am always amazed by the hunger to learn from every person I work with.  It is difficult at times, but you don’t choose a life as a concert artist… it chooses you.  If I am to teach performance, then I must maintain my own work at the highest possible level. Keeping my skills honed for the concert stage requires daily work at the instrument, so while some weeks are more challenging than others, I always have to be creative with my teaching.  If I need to stay into the evening and coach one of our chamber trios, or give some extra coaching to students preparing for competition then that’s what I do. It is joyful, enriching and exhausting at times, but totally worth it!

Will you be performing in New York as part of the Hall of Fame induction ceremony? Are there any celebratory events planned closer to home?

The only performing during the Hall of Fame activities will be within the event itself, for those invited. There are no celebrations planned here at home.  I am very humbled by this honor and was very surprised when I received the notice from New York.

In times past, there was a piano in almost every middle-class household, and learning to play was a right-of-passage for millions of young people. That’s changed, obviously. What future do you envision for the piano? Is the instrument now destined to be used solely by professional players (and those hoping to be professionals)?

With the advent of electronic keyboards the piano has actually continued to be accessible and in homes in ways that a regular acoustical instrument cannot, especially for middle-class households.  There is continued fascination with the piano, and with those who play, whether it be in popular music, rock and roll, or on the classical concert stage.  The interesting shift in concert programs is that we see more of an eclectic array of repertoire appealing to wider audiences such as a mix of genres including popular, Americana, Broadway, Latin American dances and classical works.  Additionally, every other instrument and voice requires a pianist for their repertoire, so the piano is an integral part of music and always will be in my opinion. I have to turn down more gigs than I can take, as do many of my professional peers.  I remember one moment (out of hundreds) where I was playing in the embassy in Bahrain and the people asked for something American after I played a few other works.  I played ‘Over the Rainbow’ and as I did, I heard the people softly humming along…American soldiers, Arab dignitaries and embassy personnel.  Several came up afterward with tears in their eye, thanking me for the music and the sense of hope amid such conflict.  Music — of any kind — is not a peripheral activity.  It is at the center-point of every culture and reminds us of our humanity, our dreams, and our memories.  If I can be a small part of bringing something beautiful to a hurting world then my training and talent has accomplished its mission.