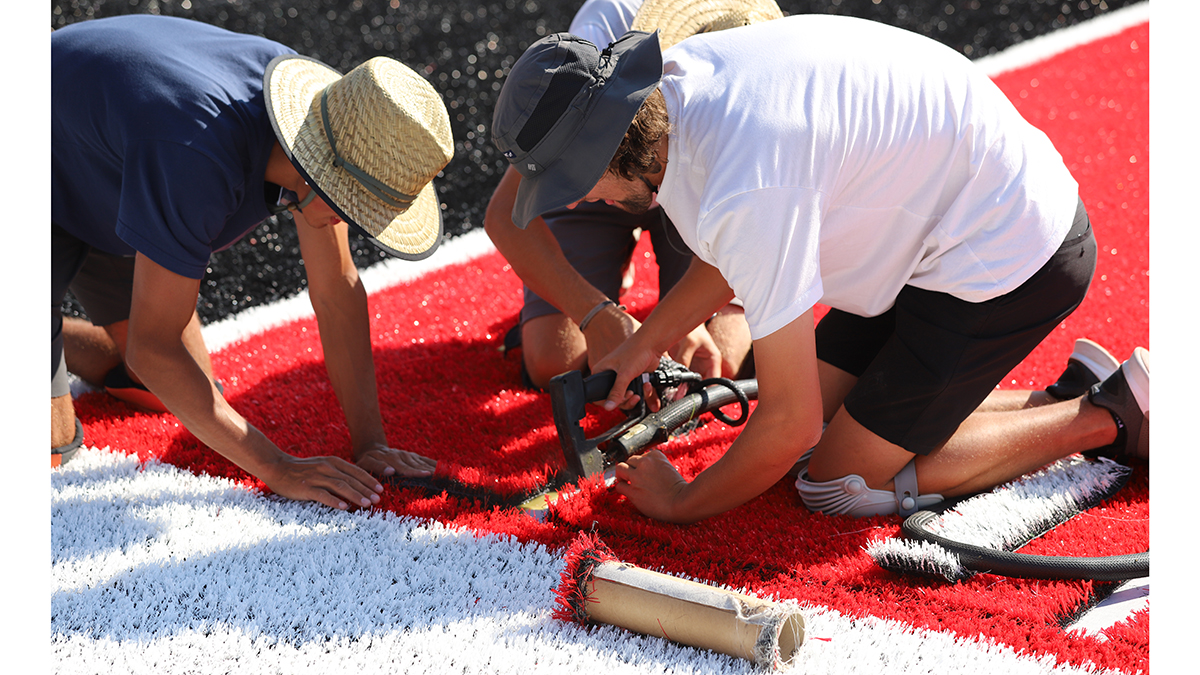 On an appropriately sweltering July day, crews at The Inferno began installing the second generation of Roos Field’s iconic red turf. The project was slated to be completed well in advance of Eastern’s home football opener against Western Illinois on Sept. 12, a game that was canceled due to the pandemic.

The upgrade came after the original red turf reached its maximum lifespan of ten years. A portion of a generous $5 million pledge to EWU’s $25 million Stadium Renovation Project made installation of the new playing surface possible.

“The new turf, that beautiful red carpet, is being put down!” tweeted Eastern Athletic Director Lynn Hickey. “It is a very bright red — looks INCREDIBLE!!”

In addition to its fresh turf, the field also boasts a new end-zone look, one created by Eastern magazine’s own Ryan Gaard ’02. Gaard’s design was selected after EWU hosted a five-day, online-only vote that allowed fans to trade a cash contribution for a chance to pick their favorite configuration from among four gridiron options—all red, of course. The “Your $, Your Vote” online contest didn’t just help Eastern settle on a new-look field, it also raised more than $9,000 for student-athlete scholarships.

The retired red turf, meanwhile, still had one more role to play in supporting Eastern Athletics — sections of the old carpet, in sizes ranging from “doormat” to “tailgate,” were sold to fans looking to own their own little piece of Inferno history. Proceeds from the online sale, more than $100,000, will also go to support athletic scholarships.