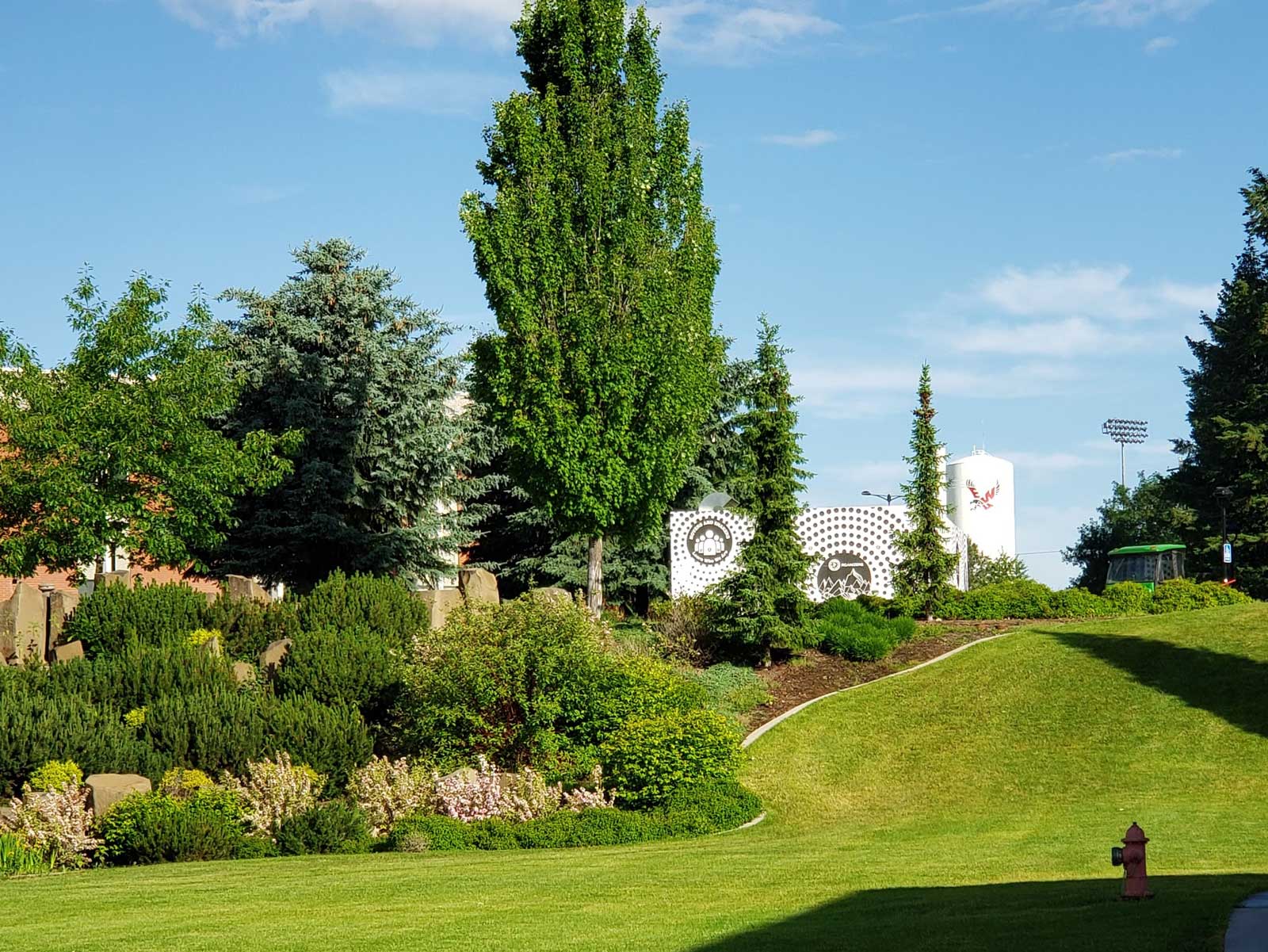 Plopped down among EWU’s Cheney Hall, the Science Building and the Computing and Engineering Building is a small storage structure that in recent years has come to lead something of a double life: mundane maintenance facility on the inside, transformative student art space on the outside.

The current exhibition at this “Inside/Out Gallery” is something entirely new to the Eastern campus, an augmented reality display. Twenty-five students in visual communication design, or VCD, worked with Travis Masingale, an associate professor in the program, to complete the project last spring.

Augmented reality is a technology that superimposes a computer-generated image on a user’s view of the real world. Remember the Pokémon GO phenomenon? That’s augmented reality.

The display was designed to both entertain and inform current and prospective students, says Masingale, who developed the idea after years of watching campus tour leaders struggle to keep visitors fully engaged. “They come up here and the parents are usually bored by the time they get up on this platform. The students are usually tuning out as well. So the thought was, ‘What if we gave them something to do that would show how cool Eastern is?’ ”

To complete the project, the class broke into six groups. Each focused on a category featured on EWU’s “Interactive Program Explorer” webpage, a digital platform that helps prospective students decide their field of study. They then created augmented reality elements inspired by the Interactive Program Explorer’s six career categories: creators, doers, helpers, organizers, persuaders and thinkers.

To access the VCD content, visitors download a smartphone app that allows them to focus on icons affixed to the walls of the gallery. When properly aligned, the app detects and plays videos, shows student testimonials and provides links that allow further exploration of all that EWU has to offer.

The augmented reality elements are a unique way of highlighting the university and visual communication design, says Danielle Flinn, a VCD major who served as project manager for the exhibition. “We wanted to show how great of a community we have in the VCD program, and just how anybody can really come in and find a home and a community on Eastern’s campus,” she says.