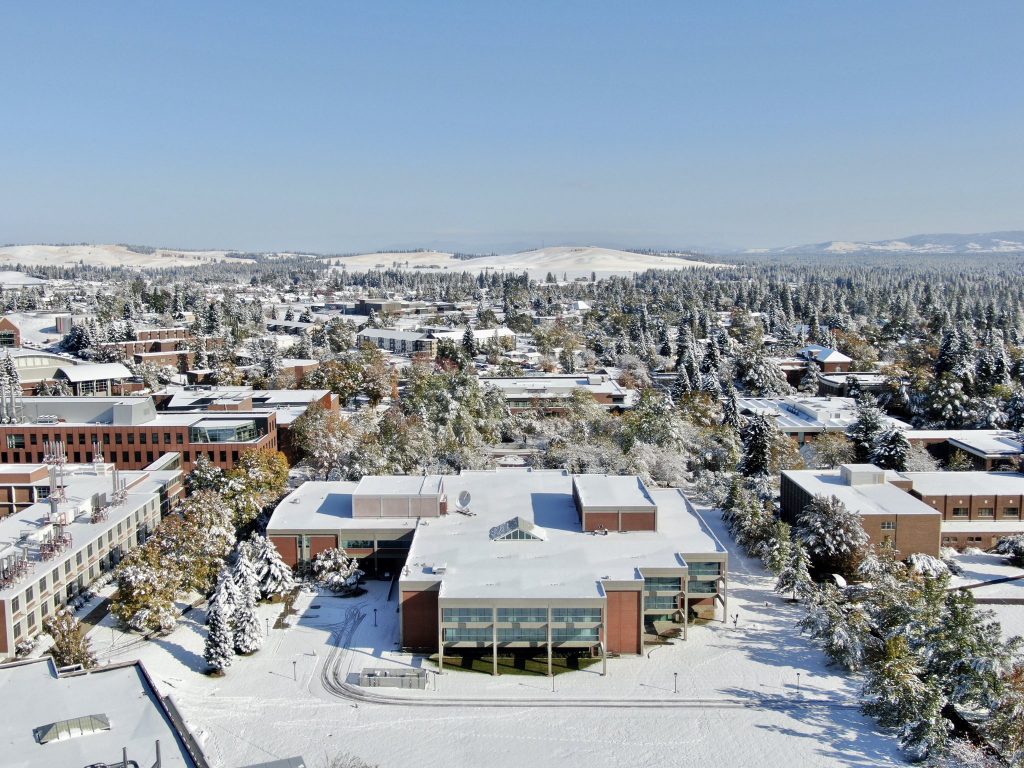 Eastern’s annual week-long literary festival, Get Lit!  —  a gathering where authors both famous and up-and-coming participate in public readings, workshops and panel discussions — has long been a banner event on the Inland Northwest’s cultural calendar.

Given its ambitious scale and scope, organizing Get Lit! has always been a heavy lift. Making it pandemic-proof took the challenge to a whole new level. But EWU’s Kate Peterson, Get Lit! Programs director, Claire Walla, her graduate student assistant, and their team of undergrad interns got things just right. So right, in fact, that this year’s event was named 2021 Best Virtual Arts Event by The Inlander, Spokane’s popular alternative weekly newspaper. “It’s super exciting that we were able to win this year,” Peterson says. “It validates a lot of our hard work.”

“It’s super exciting that we were able to win this year,” Peterson says. “It validates a lot of our hard work.”

The digital iteration of Get Let! included a mix of live events via Zoom and prerecorded offerings that attracted nearly 3,800 active participants from the U.S. and more than two dozen other countries. Another 400 or so people have dropped in post-festival to view Get Lit! videos on YouTube.

Among the most popular live events was an appearance by EWU alumnus Jess Walter, the Spokane-based author whose most recent novel, The Cold Millions, has earned both critical acclaim and international best-seller status.