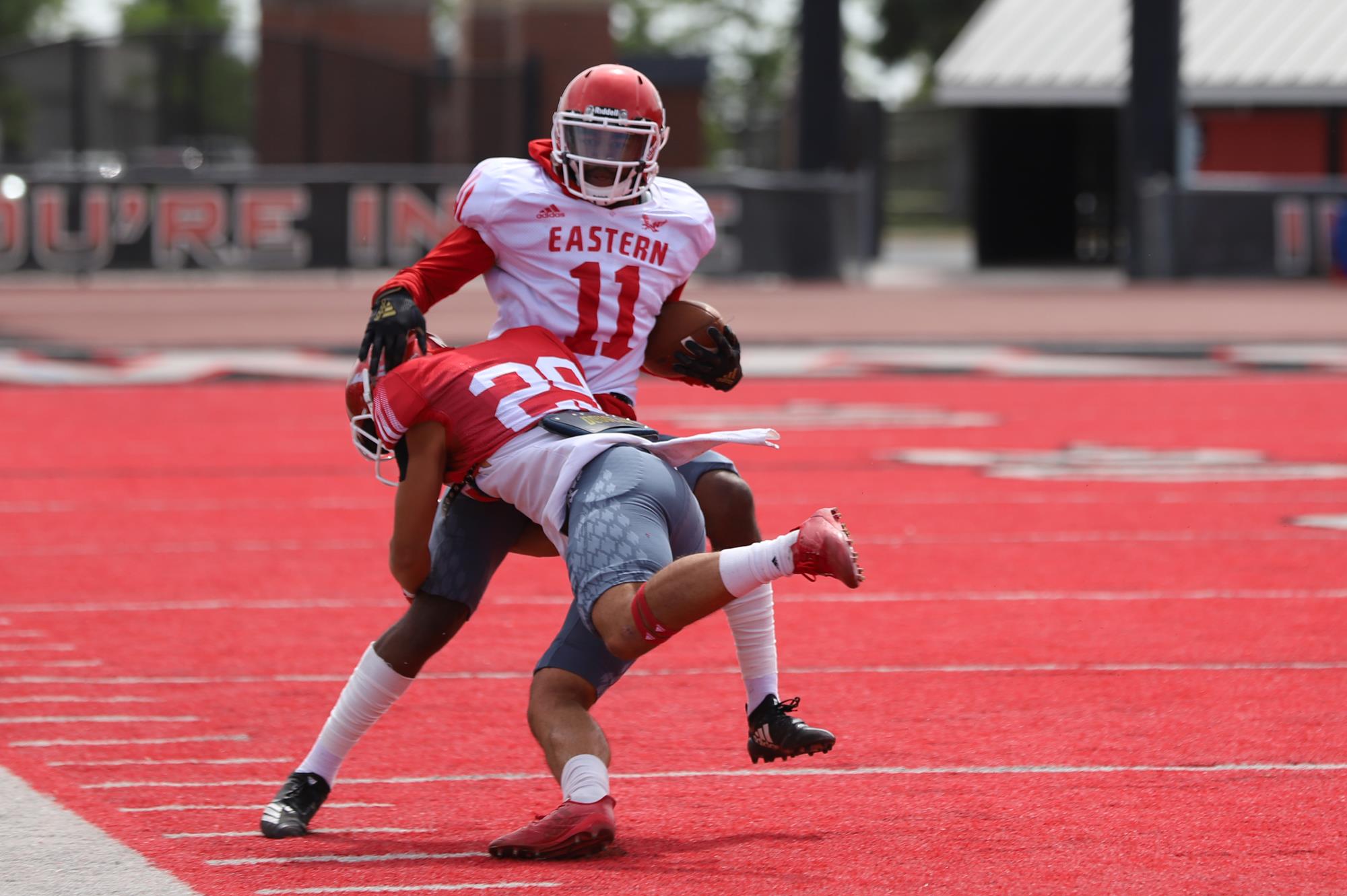 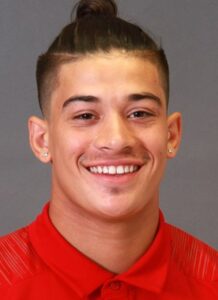 Anthany Smith, a 23-year-old Eagle Football safety, is known for shutting down the competition and lighting up the red Inferno.

His hard work on the field earned him All-Big Sky Conference first team honors for 2020-21, and he was selected as defensive MVP for the Eagle Football team.

Watching Eastern’s 300-plus student athletes dominate the Big Sky Conference is thrilling, yet there is so much more to their stories.

Anthany, an Everett, Washington native, gives his very best both on and off the field. The business management major balances a full class schedule and trips to the library, where he spends up to five hours at a time studying, with four-plus hours of practice and training six days a week. In his little free time, Anthany and his teammates volunteer. These demanding schedules leave no time to work an outside job.

Anthany walked onto the Eagle Football team as a freshman – earning a partial scholarship. Like many of Eastern’s student athletes, he is the first in his family to go to college and is on his own to cover most of his college and living expenses.

For two years, Anthany struggled to pay his bills and afford enough groceries. At one point, he was tired of the financial struggles and thought about quitting college and going to work full time.

Anthany, who continued playing hard on the field and studying hard in his classes, explains what kept him Eagle strong: “Mentally, you’ve got to always remember, ‘Why am I doing this?’”

When the diligent student athlete was notified that he was awarded a full scholarship for his senior year, it was lifechanging.

“It just felt good to see that my hard work was paying off,” he says, “I appreciate people taking a chance on me and giving me this opportunity.”