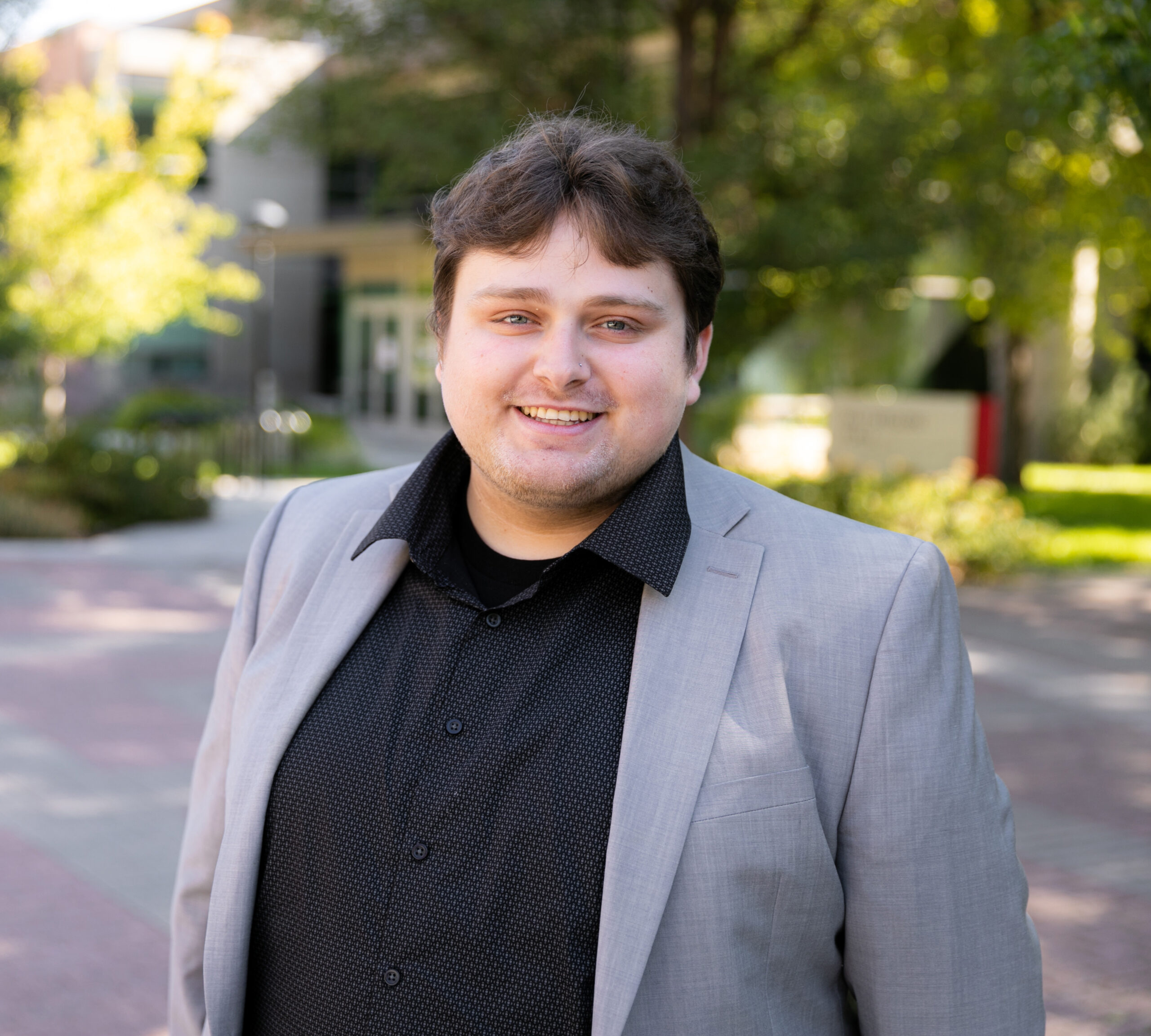 Remington Steelman knew in high school that he wanted to be a voice for people experiencing hardships. He started being that voice then. Thanks to a donor-supported scholarship, he’s continuing the effort at EWU, and we can’t wait to see how he impacts lives in the future.

As part of a high school student advocacy board, Remington, of Richland, Washington, helped draft a plan for an alternative pathway to graduation for students impacted by testing anxiety and other barriers to success. The state ultimately approved the plan, improving outcomes for students who learn less traditionally but have plenty to offer.

When Remington toured the EWU campus as a high school junior, he was impressed by the welcoming culture, accessible classes and activities that fit his goal of continuing to law school to specialize in labor law and public policy. That first visit convinced Remington that he belonged at Eastern.

Remington, who covers his own tuition and living expenses, received the Clyde F. Combs Memorial Scholarship for the 2021-2022 academic year.

Remington began his Eastern experience last year, attending virtual classes from his home in Richland and working full time at Starbucks, where he was promoted to shift supervisor. He was thrilled to finally arrive on campus.

“I absolutely love being here in person,” says Remington.

Remington’s involvement as a student representative for the Associated Students of Eastern Washington University (ASEWU) opened the door for the quarterly scholarship award, which allows him to focus on academics and his new role as health and safety liaison.

In that role, Remington coordinates with Health, Wellness & Prevention Services, campus police and other campus partners. He plans to work hard to ensure students impacted by anxiety and other mental health issues, which are increasingly common during the pandemic, have the resources they need to thrive.

“Receiving the scholarship was almost like reaffirming that I am doing what I’m supposed to be doing,” Remington says.

When you support EWU scholarships on GivingTuesday, you will empower students like Remington to achieve their dreams of forever changing lives.