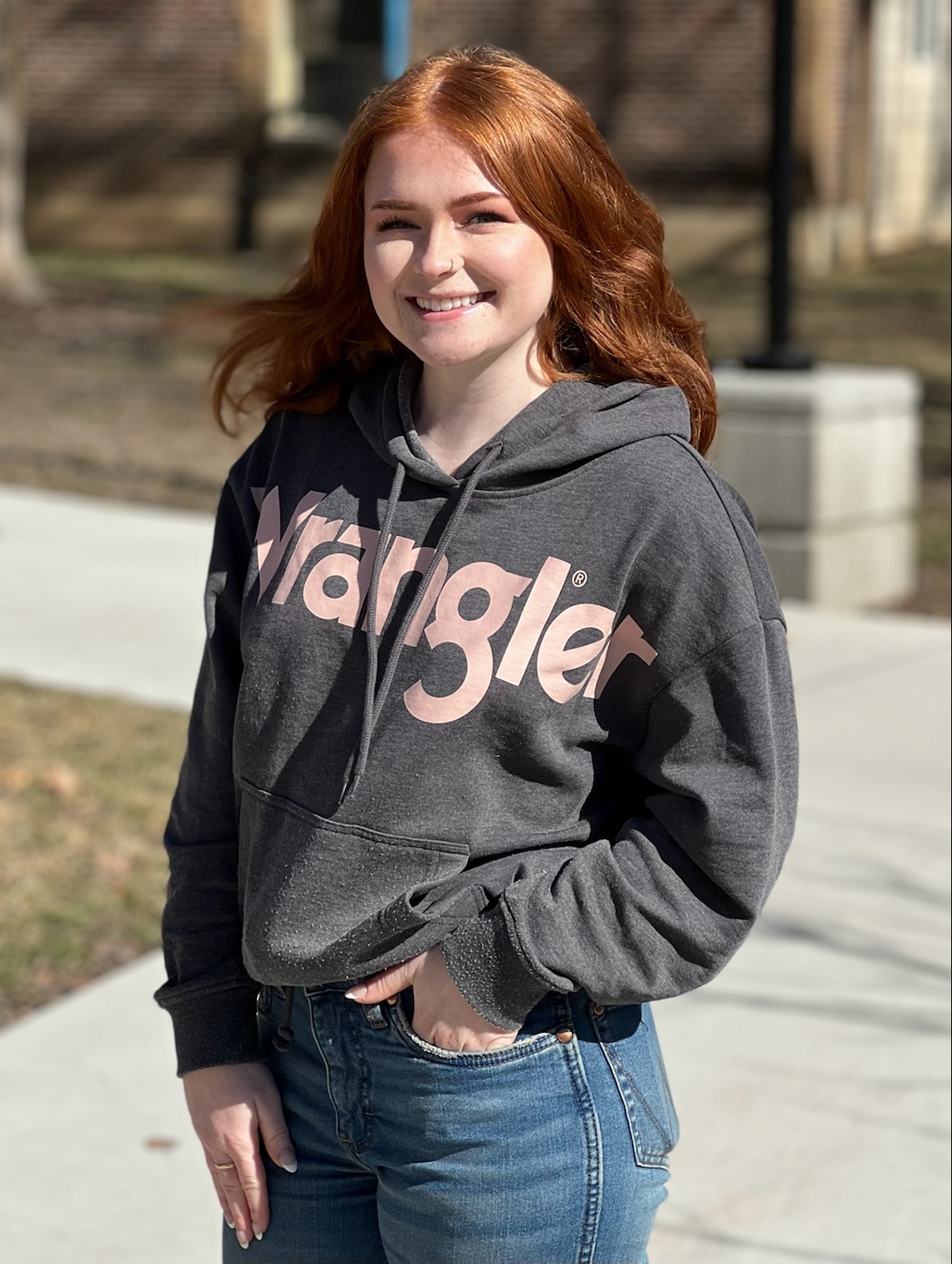 The recipient of this year’s EWURA Golden Eagle Scholarship is a go-getter.

Tayler Wells, a criminal justice major with a minor in Spanish, is scheduled to graduate on time – with honors – in June. What makes her accomplishment all the more remarkable is that Wells juggles a 40-hour-a-week work schedule in the shipping department at the Boot Barn in Spokane Valley with a full course load, all the while maintaining a GPA that’s above a 3.5.

Coming from a middle-class family, Wells didn’t qualify for federal grant funds and is on her own to pay for most of her college expenses.  Like many Eastern students, the 21-year-old from Goldendale, Washington works hard to avoid incurring too much college debt.

Wells was thrilled to open her email last fall and discover that she was chosen to receive the EWURA scholarship – enough to cover most of her senior year of tuition.

“I was very shocked. I thought, ‘Oh my gosh, they picked me,’” she recalls.

Wells plans to pursue a career in rural policing – following in the footsteps of her father, Randy Wells, a Klickitat County deputy. Although she grew up with a father in uniform, it wasn’t until Wells went for a ride-along during one of her dad’s shifts that her interest in a career in law enforcement took hold.

“When my dad talked to people, he treated them like people and not like they were already criminals,” said Wells, adding,  “I want more people like my dad working out there.”

The Golden Eagle Scholarship scholarship will help Wells graduate without a mountain of debt, which will give her greater flexibility in the job she chooses. Wells is grateful for the support from the EWURA members and says, “I feel very honored!”

Student Helped by Scholarships is Destined to Change Lives