The College of Business recently announced student honors and awards for the 2019-2020 academic year. Learn more about some of our outstanding awards
recipients. 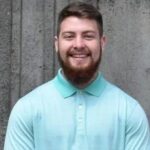 While at EWU, Cunningham competed in multiple pitch competitions and business development programs. His team was selected as the most promising business idea in the EWU Technology Commercialization Academy (TCA), earning the opportunity to compete in the CEO Global Pitch Competition in Tampa, Florida, where Cunningham pitched on behalf of the team. He also completed the WSU I-Corps development program and was accepted into the TCU Values and Ventures Competition. Most recently, he competed in the Eagle’s $40,000 StartUp Contest, progressing to the final round where his team was selected as the Best Technology Commercialization of 2020. Cunningham hopes to continue his success and launch his startup business in the near future.

Shockley is excited and honored to earn her MBA from Eastern Washington University, making her a true “double Eagle”! She earned her Bachelor of Science degree in Organizational Communications & Public Relations from Eastern in 2003 and currently works for the university full-time as the Director of Donor Communications & Stewardship for the EWU Foundation. Shockley has worked in public relations, communications and fundraising for more than fifteen years and is accredited in public relations through the Public Relations Society of America. She chose the Eastern MBA program to enhance her understanding of business finance and accounting, building on the strong foundation of her undergraduate degree, to continue serving the community. 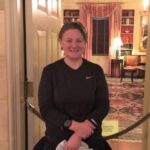 Hoell was born and raised in Spokane, WA. She attended Gonzaga Preparatory School, class of 2007. After Gonzaga Prep, she attended Eastern for a year and then graduated from Gonzaga University in 2012 with a Bachelor of Arts in Business Administration. After a short hiatus, Hoell decided to continue her passion for school and learning by attending the Masters of Business Administration program. She is extremely proud to have completed her degree while continuing her career full time. “This has been a dream of mine”. 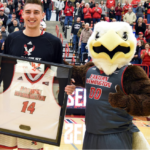 Peatling and his wife Laura traveled from Melbourne, Australia four years ago with big plans. Four years later, it has all come to fruition. As a member of the EWU Men’s Basketball Team, the Senior Captain led the team to their first outright Big Sky Championship since 2004. Peatling was also honored as the conference MVP by the league’s 11 coaches. However, his most prized accolade is being selected as a 1st Team Academic All-American, a representation of all the hard work he has done in the classroom. Peatling wishes to thank all his professors in the MBA program who were so accommodating throughout a very busy year. 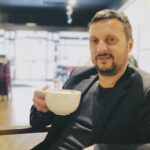 Tverdokhlebenko was born and raised in Ukraine. His family immigrated to United States in 2003. Tverdokhlebenko earned a direct transfer degree from Big Bend Community College in 2006 and his Bachelor of Arts in Business Administration from Eastern in 2008. While still in school, he was employed as an intern in the quality assurance department of a food processing plant. He has held a variety of managerial positions in multiple companies. After losing his job due to economic circumstances, Tverdokhlebenko decided to return to school to pursue a Master’s in Business Administration. He is interested in becoming a community college or university instructor in the future. 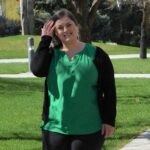 Hengy is originally from Spokane and has many friends and family in the area. She is grateful that the MPAcc program helps students prepare for the CPA exam, for which she is currently studying and hopes to finish this fall. Hengy plans to work in public accounting as an auditor – with a focus on the not-for-profit and development industries. Her favorite part of the MPAcc program was the opportunity to network with professors and other students. She believes getting to hear a variety of perspectives from people who have experience in accounting is important to professional development. 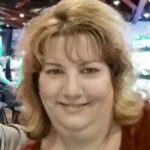 After earning an Associate of Arts from Spokane Community College, Rheinschmidt transferred to Eastern in the fall of 2015 to pursue her Bachelor of Arts in Business Administration, Professional Accounting. As a non-traditional student, she was working full-time while attending night classes. It took a significant amount of focus and determination to earn not only her bachelor’s degree but also her Master of Professional Accounting. Rheinschmidt is proud of her accomplishments and wishes to thank her family, friends, classmates, and faculty for supporting her through this journey. 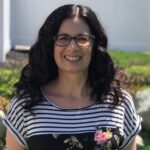 Ruby-Rhyne is a native of Boise, ID who began her college journey nearly 25 years ago as an undergraduate student at Eastern Washington University. In 1998, she obtained her Bachelor of Arts in Business Administration with a focus in accounting. Ruby-Rhyne began working in public accounting in the Seattle area acquiring knowledge of the various aspects of accounting. Subsequently, she transitioned into private industry in Spokane, Washington. Most recently, she returned to Eastern to pursue a Master of Professional Accounting degree. She is graduating with honors in Spring 2020 and wishes to continue her career as an accounting professional with a local construction and development company where she is currently employed. 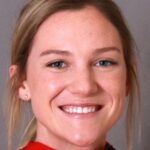 Doepker is graduating this spring with a major in professional accounting. The Walla Walla native is a Captain on the EWU women’s track and field team who earned Big Sky All-Academic honors all four year, one of only three EWU student athletes to do so. She was also named the 2019 Big Sky Champion for Javelin. Doepker actively gives back to her community by volunteering her time and expertise. This winter, she volunteered many hours serving as an auditor in the Spokane County Superior Court Guardianship Monitoring Program, a program designed to improve the Superior Court’s ability to monitor guardians’ handling of the ongoing care and financial affairs of Spokane County’s incapacitated citizens under court-supervised guardianships. After graduation, Doepker plans to pursue her CPA while continuing to work in public accounting in Spokane. 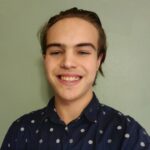 Paterson is graduating this spring with double-majors in management information systems and business analytics. Paterson has worked at the EWU PLUS desk as a facilitator and tutor and he earned Level 2 certification from the College Reading and Learning Association (CRLA) last winter. He participated, through a class project, in a service-learning opportunity with the city of Spokane, analyzing data counting the local homeless population. Paterson also serves in an executive board position for the business fraternity Alpha Kappa Psi as the Master of Rituals. Paterson credits his father for inspiring his servant-leader values. Growing up, Paterson spent many hours volunteering at his hometown’s arboretum alongside his dad, who served as president of the arboretum foundation in his hometown of Maple Valley, Washington. After graduation, Paterson plans to pursue a career in data analytics in the technology industry.