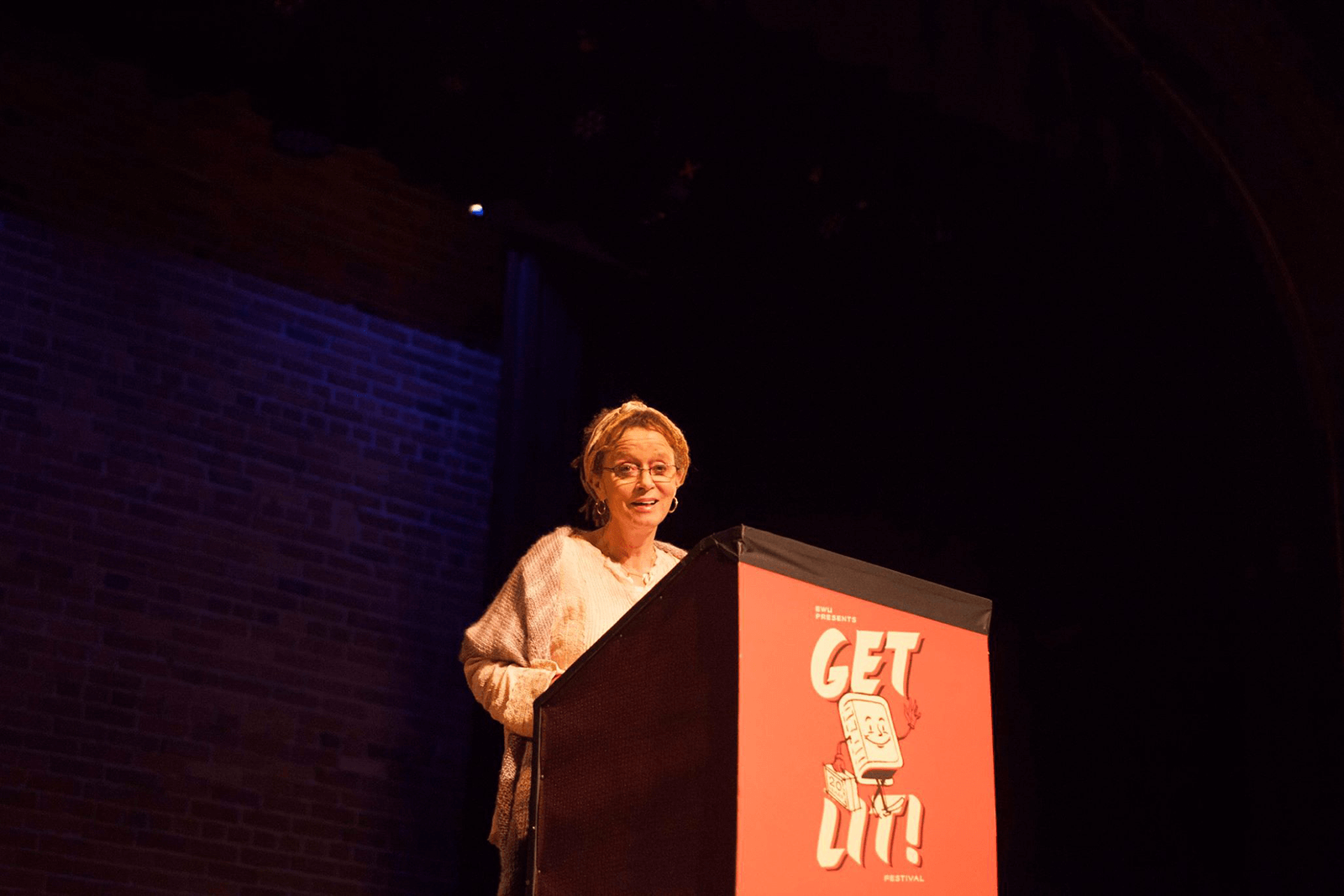 Get Lit! Programs celebrated an impressive milestone this April: this year’s festival marked the program’s 20th anniversary, and it was a week to remember! The festival kicked off with a ’90s-themed reading and the release of a 20th-anniversary anthology. The anthology featured work from many of the fantastic writers who have taken part in the festival during the past two decades, including such legends as Tess Gallagher and Robert Bly. Readers at the kickoff event included Hanif Abdurraqib, Chelsea Martin, Jess Walter and many others.

Get Lit! is housed within EWU, but it is a nonprofit program that relies on community and university sponsorships, grants, ticket and merchandise sales, donations and other fundraising efforts. Visit our website for more information on becoming a sponsor for next year’s festival, or to find out how to be part of next year’s lineup.

Filed Under: Get Lit!

Tagged With: CALE, English, Get Lit!

Get Lit! Festival Has Something for Everyone