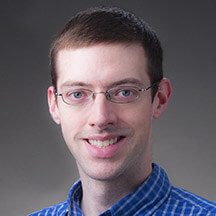 I am a cell and molecular biologist with a research interest in bone physiology and pathology. Specifically, I study molecular mechanisms of osteoclast differentiation and function. Osteoclasts are multinucleated giant cells that are responsible for the resorption (breakdown) of bone matrix. Osteoclasts accomplish this by forming a strong attachment to the bone surface called the sealing zone which creates an isolated space into which they secrete proteolytic enzymes and acid to break down bone’s protein and mineral matrix. When osteoclast activity is paired with the bone-forming function of osteoblasts, bone is remodeled, which is key for both normal bone growth and repair of damage. Dysfunction of osteoclast activity, however, can result in disease. For example, insufficient osteoclast activity can lead to abnormally high bone mass; these dense bones are paradoxically more prone to fracture due to poor matrix organization. Conversely, excessive osteoclast activity results in loss of bone mass and increased risk of fractures. Better understanding of osteoclast function will allow for better treatment of both conditions.