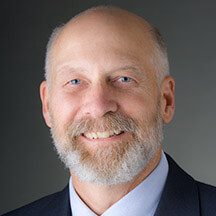 Judd Case received his PhD in evolutionary biology from the University of California, Riverside. His research has centered on vertebrate paleontology to answer questions in the areas of evolution and biogeography. His emphasis has been on marsupials (the pouched mammals) in particular, but includes the evolution and biogeography Gondwanan plants and animals. Case has extensive Antarctic field experience having conducted nine field seasons in the Antarctic Peninsula, beginning in 1983, with his most recent trip during January and February 2005. He and his research team, through funding from the National Science Foundation, have found two new dinosaurs in Antarctica, including a “Jurassic Park-like” raptor dinosaur (Ely and case, 2019) and a duck-billed dinosaur or hadrosaur (Case et al., 2000). Additionally, he is working on a third Antarctic dinosaur, a medium-sized ornithopod (an herbivorous, herding, bipedal dinosaur).

His team has also uncovered critical fossils indicating that Antarctica may be the center for the origin of modern bird groups (Cordes-Person et al., 2020) and many examples of marine reptiles including a unique skeleton of a baby plesiosaur (Martin et al., 2007).

In addition, he has had many field expeditions to Australia (since 1982) investigating both marsupials and dinosaurs. (Case described the first occurrence of a phalangerid possum in Australia with colleagues in 2009.) Case has regularly taken both graduate and undergraduate students out into the field on these trips.