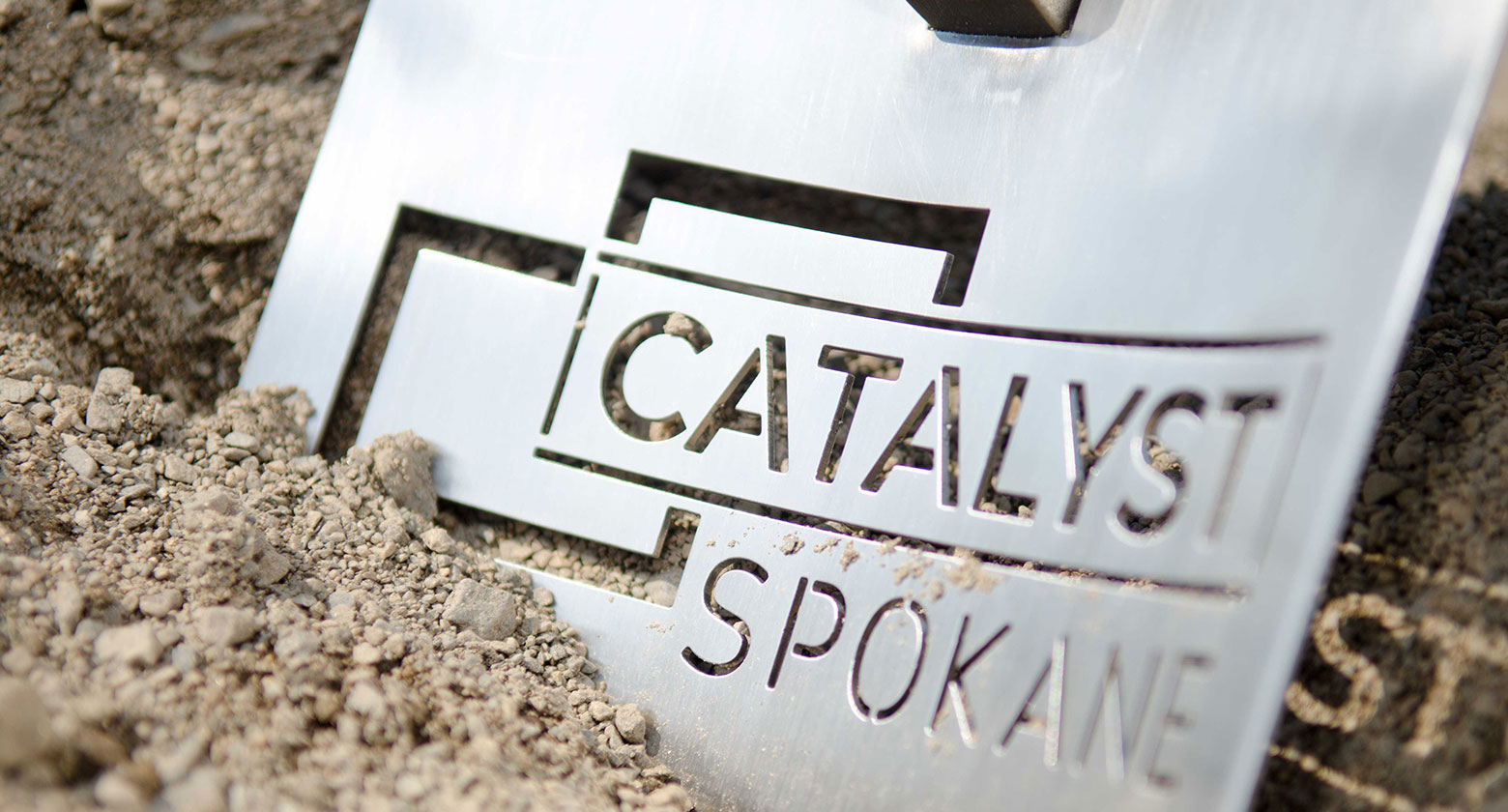 Construction on Spokane’s first zero energy building, featuring Eastern Washington University as the primary tenant, is underway after those involved in the historic project gathered for the ceremonial groundbreaking on Wednesday, Aug. 8, in Spokane.

EWU President Mary Cullinan called the development “an incredible opportunity for our students,” as she thanked all the partners who are coming together to make the Catalyst a reality.

Avista Development, which owns the land, is building a 159,000 square-foot innovation hub that will serve as the south landing for pedestrians using the new University District Gateway Bridge. EWU is moving its computer science, electrical engineering and visual design programs into the facility. The 1,000 Eastern students who will take classes there will have more opportunities to connect to the regional business community.

“I believe EWU, the city and this entire region are on a very powerful trajectory,” said Cullinan, who was joined by Avista CEO Scott Morris, Spokane Mayor David Condon, U.S. Senator Maria Cantwell, and executives from McKinstry and Katerra in turning the fist dirt for the Catalyst project.

The partnership includes Avista Development and McKinstry, who together have formed South Landing Building A, LLC. Katerra will serve as the project design builder and also have offices in the building. It will be the first building in the state constructed out of environmentally friendly cross-laminated timber (CLT).

“This will be the best building ever built, anywhere,” said McKinstry CEO Dean Allen, who has been involved with major development projects in Spokane, Portland and Seattle – including the downtown Seattle eco-district that powers the Amazon Spheres.

EWU’s spaces will feature modern, high-tech classrooms that will provide students with immersive learning experiences. By relocating the three programs from its College of Science, Technology, Engineering and Mathematics (CSTEM), the university hopes to increase the capacity of the regional workforce in key STEM-related fields.

When completed, the Catalyst will generate the energy it uses through solar panels on the roof and additional renewable energy technologies. It will also be connected to an eco-district powered by a centrally located plant shared by the Catalyst and future developments on neighboring parcels owned by Avista Development. The plant will allow buildings to share energy resources to more efficiently generate and use energy, and to store excess energy created by the buildings for later use.

Construction is expected to take up to two years.