Story from The Inlander 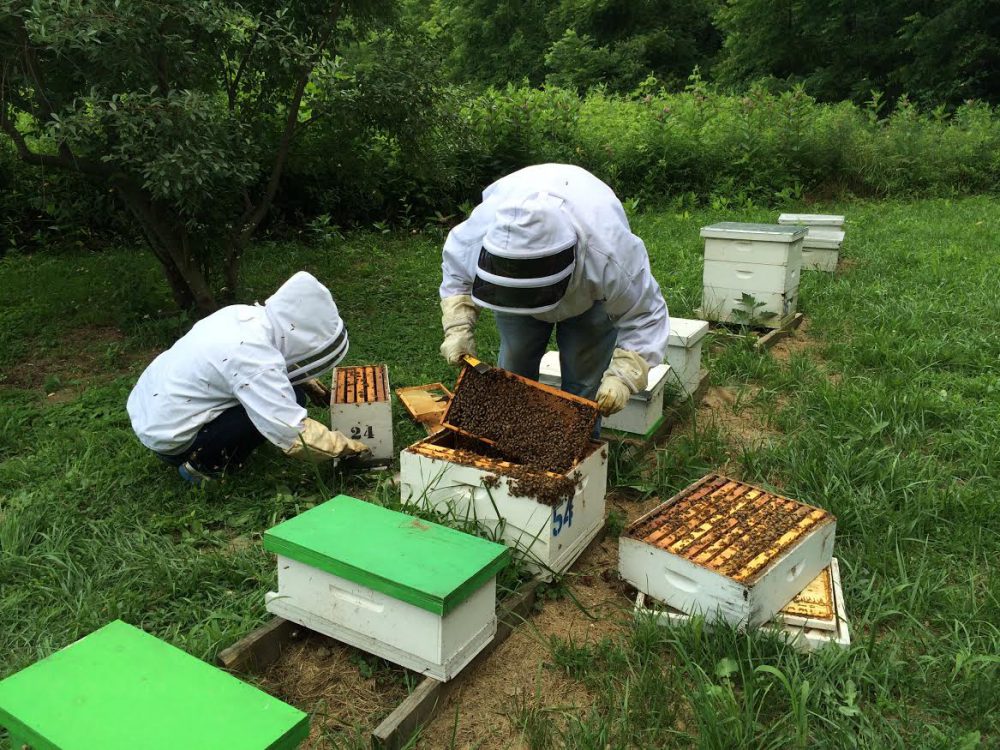 The eight white boxes in a weedy, fenced-off field behind the big red barn at Eastern Washington University are absolutely crawling with life.

Assistant professor Jeni Walke, flanked by undergraduates clad head-to-toe in white protective gear, opens the lid of one of the boxes and pulls out a panel to reveal the contents: honeybees, tens of thousands of them, writhing on the cells of their artificial hives.

She turns over the panel as the bees buzz and scurry about. There — she points to the bee with the big abdomen and the hot pink dot — that’s the queen.

Half of these hives are fed on sugar. And half are fed with an artificial nectar treatment. Does that matter? That’s what Walke is trying to figure out.

For those, you’ll want to go smaller. Up the bee’s proboscis, through the esophagus, into the bee’s thorax and into its stomach and the rest of the digestive tract. That’s where you’ll find the millions of microscopic creatures that live in the bee’s guts, she says.

And the contents of those guts lead to a lot of questions. Like, what do bee guts look like when the bees have been fed artificial nectar instead of the traditional sugar? What about when they have been exposed to pesticides? What about when their hives are infected with parasitic varroa mites (which are the scourge of hives across the country)? What about when they’re fed probiotics — the sort of bacterial mixes you’ll find advertised in yogurt ads with smiling, laughing women?

Could those probiotics actually protect the bees from pesticides?

“We could potentially supplement the bee-gut microbiome with a beneficial microbe, to protect them from the potential effects,” Walke says.

Because at a time where beekeepers are still fighting against the dangers of colony collapse, exactly which creatures are living in each bee’s stomachs may mean the difference between death and survival.