More than 350 EWU faculty and staff members attended one of four half-day informational sessions that provided detailed information about the Strategic Resource Allocation (SRA) process the university will undergo over the next year. 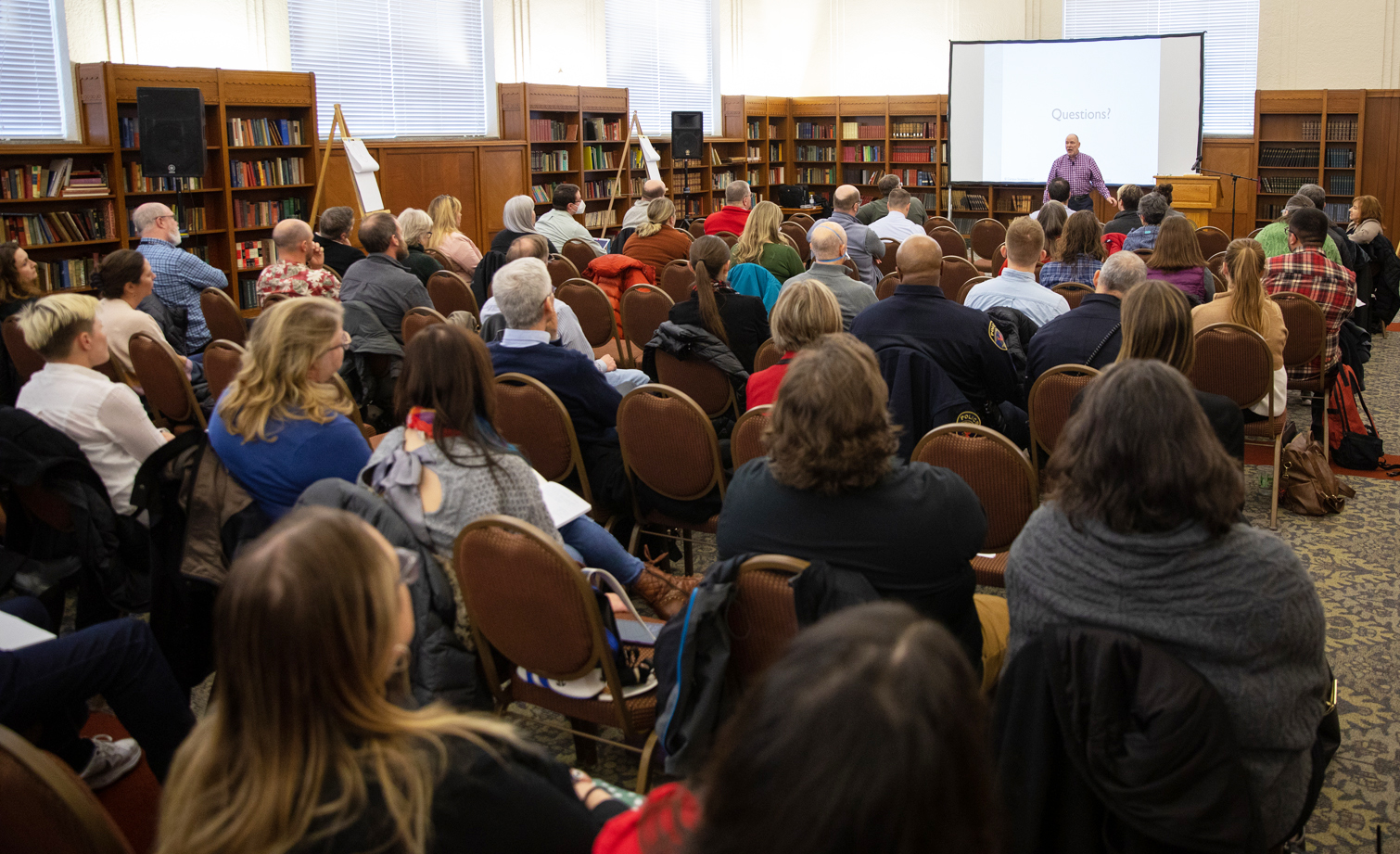 More than 350 EWU faculty and staff members attended one of four half-day informational sessions that provided detailed information about the Strategic Resource Allocation (SRA) process the university will undergo over the next year.

The sessions, held on Tuesday, Jan. 17, and Wednesday, Jan. 18, in the Walter and Myrtle Powers Reading Room in Hargreaves Hall, were led by Larry Goldstein, an experienced consultant who will help facilitate the SRA process. Goldstein provided a framework of what to expect over the upcoming months as part of the massive undertaking that is pledged to be a transparent, fair and collaborative review of all that Eastern currently offers both academically and through support services to students and Eastern employees.

Those who attended the sessions were encouraged to ask questions and participate in group exercises to help identify what should be included in the SRA process, as well as its potential benefits and deficits.

“I was appreciative of the information that it provided and enjoyed the ability to collaborate on the breakout sessions,” said Stephanie Wetzel, associate director of Alumni Relations.

The next step in the SRA process will be the formation of two task forces. One task force will consist of faculty members who will review academic programs while the other will be comprised of staff and faculty who will review support functions. Nomination forms to serve on the task forces have been distributed via email to faculty and staff, with a deadline to submit of January 25.

Task Force members will commit to an estimated four to six hours a week on this process, beginning after the training sessions and continuing through October when reports are submitted.

For those who were unable to attend an informational session, a recording and slide deck of the presentation will be posted to the SRA website, which will be updated frequently throughout this process. Task force nominations are available on the website as well.