EWU’s Visiting Writers Series is promoted by Get Lit! Programs.

Please contact us at MFA@ewu.edu or 509.828.1434 for more information on visiting writers and all general program questions. 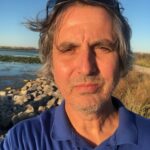 Peter Markus is the author of several books, the most recent of which is When Our Fathers Return to Us as Birds (Wayne State University Press). Other books include the novel Bob, or Man on Boat, the collection of short fiction We Make Mud, and the book of non-fiction Inside My Pencil: Teaching Poetry in Detroit Public Schools. His writing has appeared in such journals as Northwest Review, Willow Springs, Seattle Review, Quarterly West, Puerto del Sol, Denver Quarterly, Alaska Quarterly Review, Chicago Review, and Iowa Review, among others. He lives in Michigan where he teaches at Oakland University and is the Senior Writer with InsideOut Literary Arts in Detroit.

Morgan Talty is a citizen of the Penobscot Indian Nation where he grew up. He is the author of the story collection Night of the Living Rez from Tin House Books, and his work has appeared in Granta, The Georgia Review, Shenandoah, TriQuarterly, Narrative Magazine, LitHub, and elsewhere. A winner of the 2021 Narrative Prize, Talty’s work has been supported by the Elizabeth George Foundation and National Endowment for the Arts (2022). Talty is an Assistant Professor of English in Creative Writing and Native American and contemporary Literature at the University of Maine, Orono, and he is on the faculty at the Stonecoast MFA in creative writing as well as the Institute of American Indian Arts. Talty is also a Prose Editor at The Massachusetts Review. He lives in Levant, Maine. 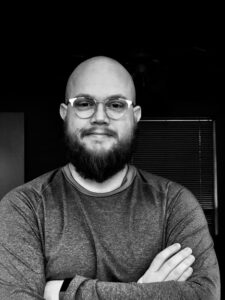 Arna Bontemps Hemenway is the author of Elegy on Kinderklavier (Sarabande Books), winner of the PEN/Hemingway Prize, finalist for the Barnes and Noble Discover Award, and long-listed for the Frank O’Connor International Short Story Prize. His short fiction has appeared in The Atlantic, Best American Short Stories 2015, A Public Space, Ecotone, and The Missouri Review, among other venues. He holds an M.F.A. from the Iowa Writers’ Workshop, and is currently Associate Professor of English in Creative Writing at Baylor University. 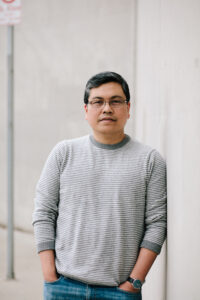 Rick Barot was born in the Philippines and grew up in the San Francisco Bay Area.  His fourth book of poems, The Galleons, was published by Milkweed Editions and was longlisted for the National Book Award.  His earlier collections include The Darker Fall, Want, which was a finalist for the Lambda Literary Award and won the 2009 Grub Street Book Prize, and Chord, all published by Sarabande Books.  Chord received the UNT Rilke Prize, the PEN Open Book Award, and the Publishing Triangle’s Thom Gunn Award.  It was also a finalist for the LA Times Book Prize.  His work has appeared in numerous publications, including Poetry, The New Republic,Tin House, The Kenyon Review, and The New Yorker.  He has received fellowships from the Guggenheim Foundation, the National Endowment for the Arts, and Stanford University.  He lives in Tacoma, Washington and directs The Rainier Writing Workshop, the low-residency MFA program in creative writing at Pacific Lutheran University. 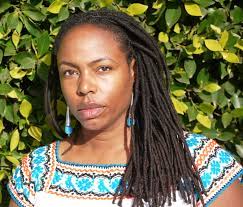 Dana Johnson is the author of the short story collection In the Not Quite Dark. She is also the author of Break Any Woman Down, winner of the Flannery O’Connor Award for Short Fiction, and the novel Elsewhere, California. Both books were nominees for the Hurston/Wright Legacy Award. Her work has appeared in Ploughshares, Zyzzyva, The Paris Review, Callaloo, The Iowa Review and Huizache, among others. Her most recent work is Trailblazer: Delilah Beasley’s California. Born and raised in and around Los Angeles, she is a professor of English at the University of Southern California where she is director of the PhD in creative writing and literature program. 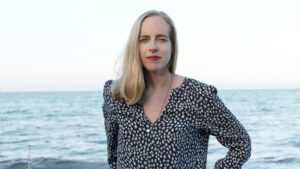 Megan Cummins is the author of If the Body Allows It, which won the 2019 Prairie Schooner Book Prize in Fiction and was longlisted for the Story Prize and the PEN/Bingham Award for Debut Short Story Collection. The managing editor of A Public Space, she lives in New York City. 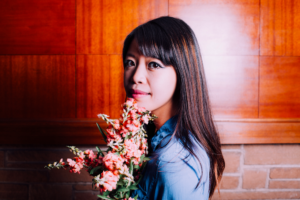 Jane Wong is the author of two poetry collections: How to Not Be Afraid of Everything (Alice James, 2021) and Overpour (Action Books, 2016). Her debut memoir, Meet Me Tonight in Atlantic City, is forthcoming from Tin House in May 2023. A Kundiman fellow, she is the recipient of a Pushcart Prize and fellowships and residencies from Harvard’s Woodberry Poetry Room, the U.S. Fulbright Program, Artist Trust, the Fine Arts Work Center, Bread Loaf, Hedgebrook, Willapa Bay, the Jentel Foundation, and others. She is an Associate Professor of Creative Writing at Western Washington University. 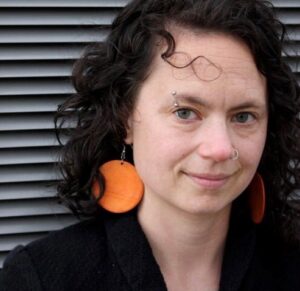 Emily Van Kley is a queer poet and circus artist currently based in Olympia, Washington. She is the author of Arrhythmia (2022) and The Cold and the Rust (2018, Winner of the Lexi Rudnitsky First Book Prize), both from Persea Books. Her poetry has received the Loraine Williams Prize for Poetry, the Iowa Review Award, the Florida Review Editor’s Award, and has been featured in editions of Best American Poetry and Best New Poets. Originally from Michigan’s Upper Peninsula, Emily holds an MFA from Eastern Washington University and has been awarded fellowships from the Civitella Ranieri Foundation and the Vermont Studio Center. When not writing, she can often be found teaching or performing aerial acrobatics.

The MFA at EWU 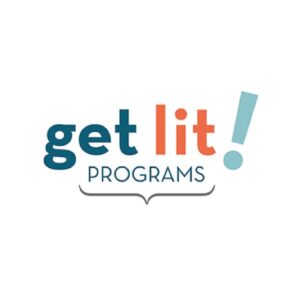 Every year the MFA program invites several prestigious writers to campus, where they lead workshops...

We welcome comments and encourage questions from prospective and incoming students. Feel free to write, call, or email us with queries about the program, application process, or moving to Spokane (definitely check out our Frequently Asked Questions, too).