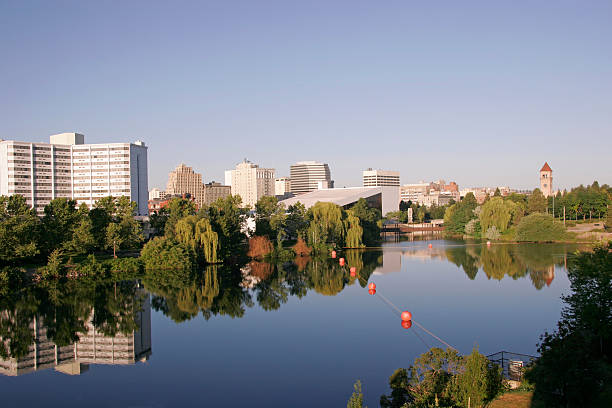 Margo Hill, a member of the Spokane Tribe of Indians and an Eastern Washington University professor, was among about 40 people who attended a fall rally to advocate for the removal of the statue of John Robert Monaghan, in downtown Spokane. The familiar statue of Monaghan sits at the corner of Riverside Avenue and Monroe Street. Once a tribute to Monaghan’s bravery as a US naval officer, the statue is now one of many monuments throughout the nation to be scrutinized for honoring racism and brutality.

Monaghan died in Samoa, in 1899, during a United States’ effort to colonize Samoa. During the course of the war, the military shelled and burned villages on the island – killing countless innocent children and families.

Those calling for removal of the statue point out that in addition to honoring genocide it showcases racist images and language – referring to the Samoan people as “savage foe,” while failing to accurately depict history.

The volunteer-led Citizens’ Advisory Council is gathering signatures calling for the City of Spokane to remove the statue. To learn more, read the full Spokesman-Review article recapping the rally.