To say EWU biology student Marcos Monteiro is busy would be an understatement. Between classes, studying, tutoring, research and taking care of a new baby—it is a wonder he ever sleeps. 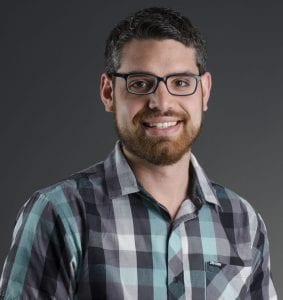 But you can bet he found time this spring to celebrate an impressive accomplishment, a prestigious honor never-before-awarded to an EWU student: Monteiro is a Barry Goldwater Scholar.

The Barry Goldwater Scholarship, established by Congress in 1986 to serve as a living memorial to the lifetime work of Senator Barry Goldwater, is one of the most competitive STEM scholarships in the country. Monteiro, a junior at Eastern, is one of only eight students in the state of Washington to receive the honor this year. The scholarship will provide him with $7,500 to complete his senior year in the fall at Eastern and do extra course work next year in preparation for graduate school.

Monteiro’s career objective involves participating in research related to infectious disease. He has already been involved in two such research projects at EWU. To read more about Monteiro’s background, his research at Eastern and his plans for the future, see the full story on the InsideEWU website.

Grief, College Students, and Why We Should Talk About it

Winter Check-In with Your Student

Winter can be a tough quarter for many students, as the thrill of fall has worn off and the weather tends to be drearier.