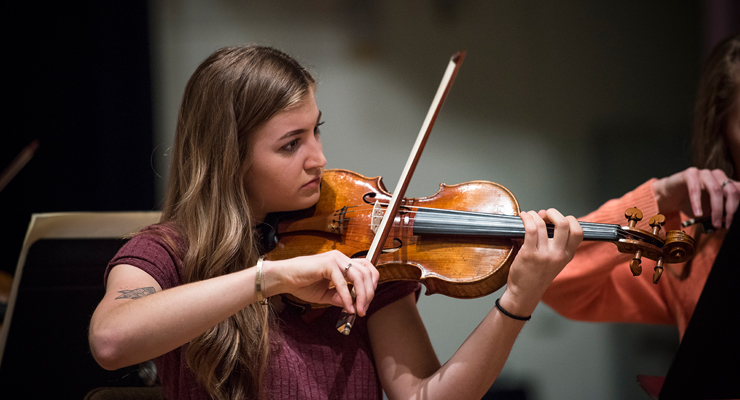 An EWU student was given the opportunity to perform on a rare 18th century violin at last week’s orchestra concert, thanks to an EWU alumnus.

The violin, made by Joseph Guarnerius or “del Gesu” in 1736, is owned by EWU alumnus Lynn Nelson ’69, a violin restorer from Oregon who has been active in giving back to the Music Department at Eastern. Nelson wished to give students the opportunity to play and listen to the rare violin. Junior Grace Fishel was selected as the violinist to play the instrument.

Facts about the del Gesu violin