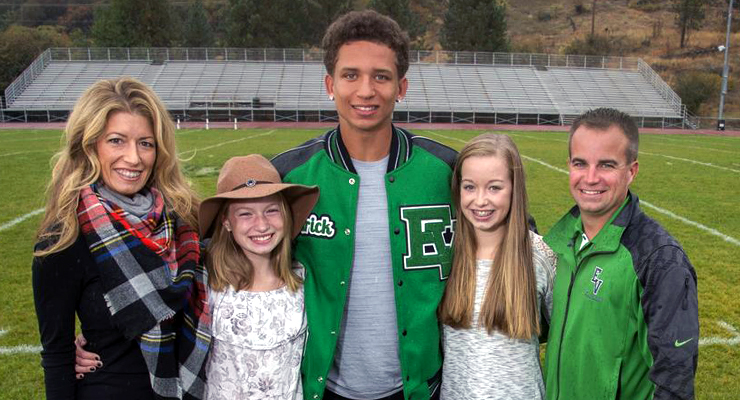 Rodrick Jackson’s life changed forever Dec. 21, 2016. It was his 18th birthday – the day he changed his name to Rodrick Fisher and was adopted by the family who saved him from an uncertain future 10 months earlier.

During the emotional adoption court hearing, Jolene Fisher spoke on behalf of her husband, Adam, and daughters, Ally and Sydney, saying, “Rodrick, you swooped into our lives on March 2, 2016, so that we could rescue you from the conditions of your life. Little did we know that you would rescue us right back. Welcome to the Fisher family, Rodrick. We will love you today, tomorrow and for eternity.”

This joyous moment was shared a few weeks later on NBC Nightly News as a follow-up to the network’s previous story that aired in October. The Fishers’ story was reported in local and regional newspapers, and ABC’s Spokane affiliate produced a special feature on the family. In November, they appeared on The Rachael Ray Show.

Why so much media attention? The Fisher family is living a real-life Blind Side movie with an added twist – dad’s the football coach.