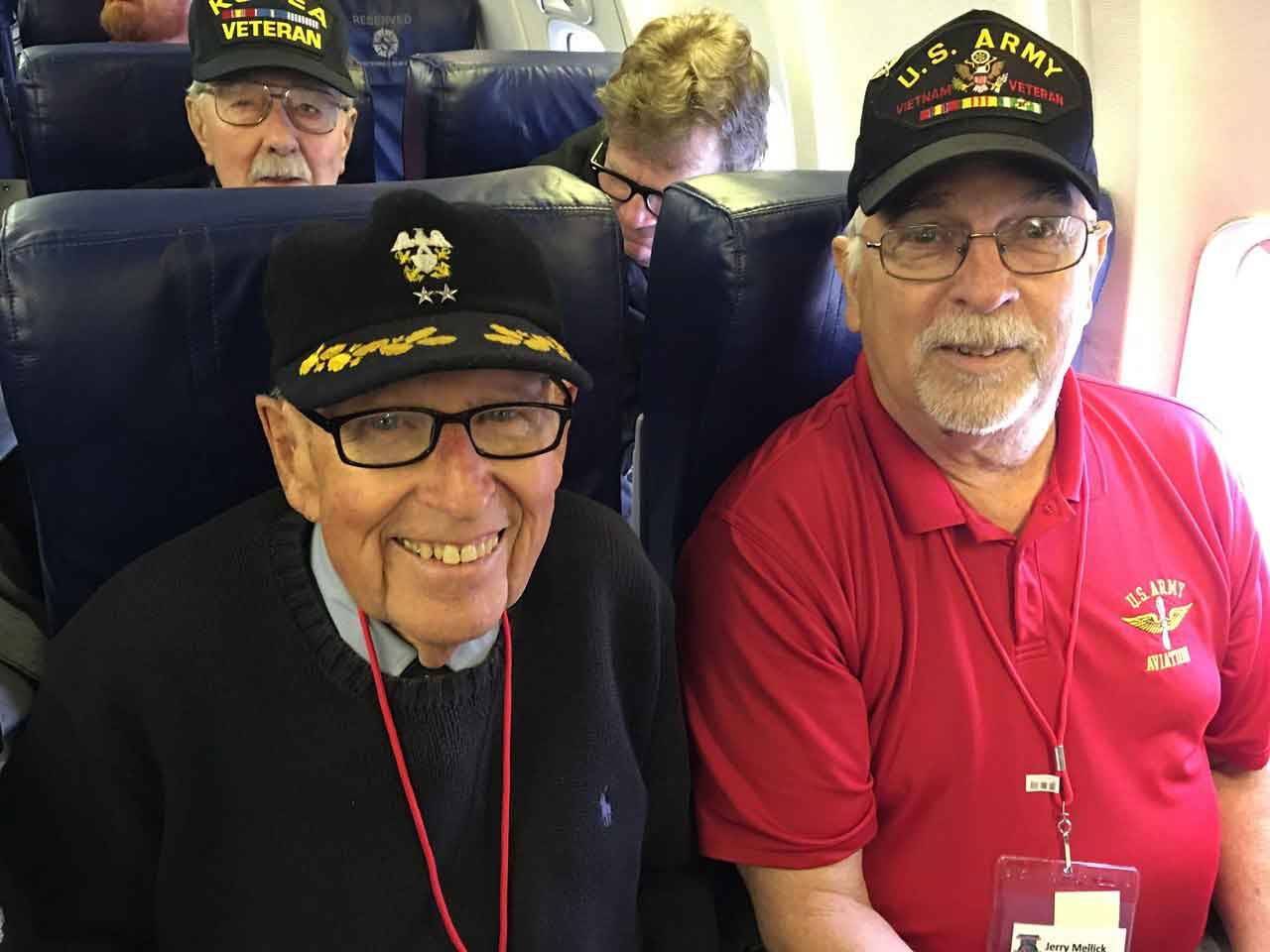 In October 2016, Rear Admiral (Ret.) George Lotzenhiser ’47 and Lt. Col. (Ret.) Jerry Mellick ’67, Eastern alumni from different generations, traveled together on the Inland Northwest Honor Flight to be recognized for their service to our country. Mellick served as the guardian for “The Admiral,” as he affectionately calls Lotzenhiser.

The following are excerpts from Mellick’s AAR (after action review) about this trip to Washington, D.C.:

We are home now after another great honor flight trip. This was my fifth trip. I was selected as an honoree on this Inland Northwest Honor Flight, but when I found out that a friend of mine, a World War II and Korean War Navy admiral, was also on the flight, I arranged to be his guardian. We managed to keep this a secret from him – this, and several other things.

I met him Monday morning at 6 o’clock and just walked up and told him that I was going to be his guardian. Before that, I had been interviewed by our local NBC station, and I talked to them about the 93-year-old admiral, and they, along with our CBS station, joined us on the flight.

In addition, Eastern Washington University’s Marketing and Communications Department sent a photographer/video guy, Eric Galey ’80, to document the trip. The admiral has been associated with the university as a student, professor and administrator since the 1940s. He retired from Eastern in 1983.