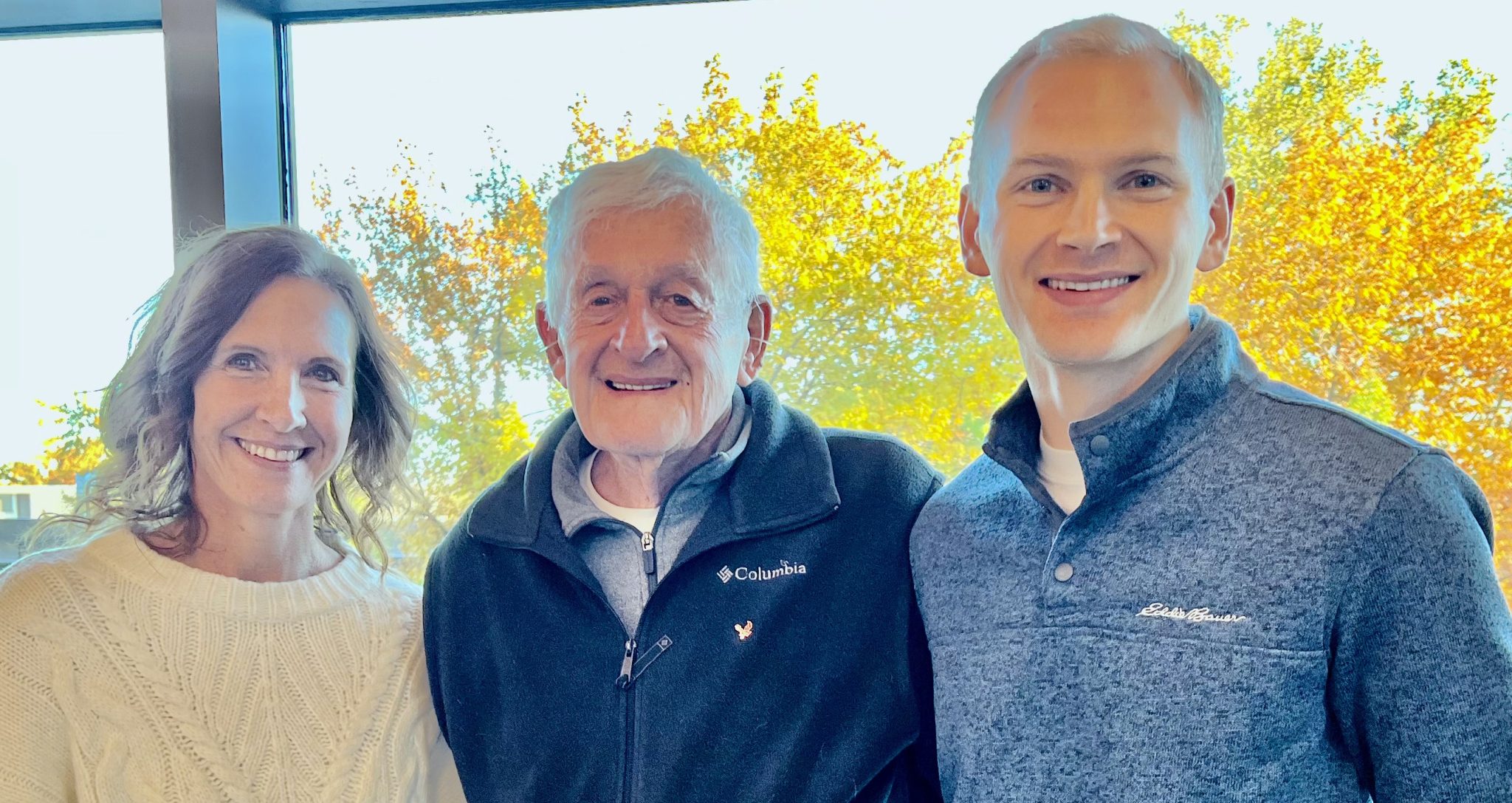 An Eastern alumnus who spent 26 years teaching and coaching elementary and middle school students has created a scholarship fund to inspire yet another generation of students as they pursue their dreams at Eastern. The E. Wayne and Nancy Wright Scholarship, named in honor of Wayne Wright and his wife Nancy, a longtime first-grade teacher who passed away in 2019, is now fully endowed and awarded its first scholarship recently. The scholarship was awarded to a student from Rogers High School, Wayne’s alma mater, and reflects the couple’s values as teachers, parents, and community members. Wayne, a Korean War veteran who worked his way through college at Eastern, says he and his wife put a great deal of energy into helping students – and their own children and grandchildren – receive a quality education.

“One of our goals was to put all of our kids through college and all of them did make it through college. That was quite an accomplishment,” he said.

Wright was honored at a recent scholarship reception at EWU. The event, hosted by the College of Professional Programs, connected Wright and two other scholarship donors with students who received awards. Jacquelyn Pinkney, a 26-year-old senior who plans to teach middle school math, reached out to Wright to thank him for supporting scholarships.

“Seeing the students and how they appreciated everything, it really reinforces what my wife and I wanted to do for students from Rogers High School,” Wright said. “I’m sure that whoever gets the scholarship that it will be appreciated.”

Wright’s family couldn’t be prouder. Scott Davis, who attended the scholarship reception with his mom, Wendy, appreciates his grandfather’s commitment to helping future generations of students get an education.

“It’s really satisfying seeing this come to fruition because it is something I know that he has wanted for a long time. It’s something that has meant a lot to him as an educator has had a difficult time with his own educational experiences. It was really powerful seeing him being able to give back to someone else,” Davis said.

Wright grew up in Hillyard in northeast Spokane and attended Rogers High School at a time when families across the globe struggled financially.  “It was during the Depression, so my family didn’t have much growing up,” he recalled.

Although money was scarce in his family, love and encouragement were plentiful. When he wasn’t busy studying or playing sports for Rogers High School, Wright had fun with his friends at nearby Franklin Park, a hub back then for ballgames and community activities.

After graduating from high school, Wright enrolled in Eastern Washington College of Education, which is now EWU. He worked long hours in various jobs to pay for his education and graduated in 1951 with a bachelor’s degree in education.

These experiences laid the foundation for Wright’s successful career as a teacher and coach working at Balboa Elementary and Salk Middle schools. His service to the community earned him an induction into the Inland Northwest Softball Hall of Fame in 1987, a place on the Rogers High School ‘Walk of Fame’ and other honors.

Years later, after a career of helping schoolchildren, they decided to start the scholarship fund to make it easier for other hardworking students to afford college.

“I know how hard it was getting through college, and I wanted to help someone at Rogers High School,” Wright said.

Wright’s daughter, Wendy Davis, a first-grade teacher, appreciates the difference her parents have made for others. “They put four of us through school. To still be able to give to somebody, and to think that’s important, that means a lot to us, as well,” she says.

Click here to explore the many options for supporting student scholarships.