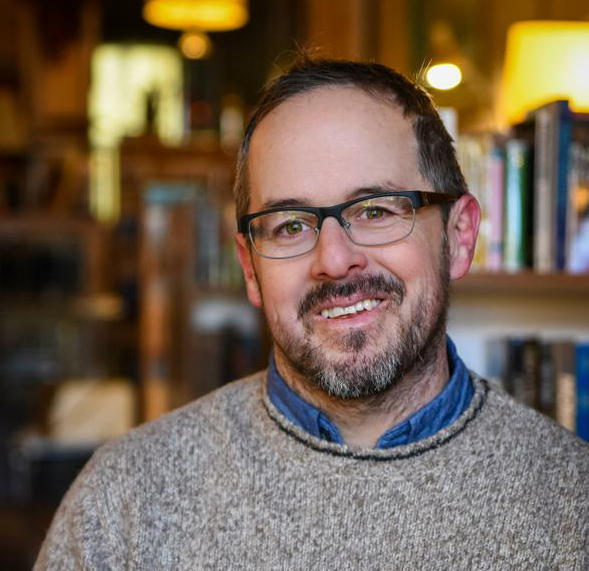 Tod Marshall (’92, MFA creative writing) isn’t afraid of taking on passion projects to promote the arts, but his latest may be his most ambitious yet.

Marshall has dedicated himself to organizations such as Humanities Washington, which honored him with its service award in 2015. It was only fitting that he was named the Washington State Poet Laureate for a two-year term that started Feb. 1.

Marshall said the idea of applying for the state’s Poet Laureate initially came to him after talking with Sam Green, the state’s first Poet Laureate. Green, a Seattle University professor, was known to hold office hours for 8-10 hours per day during his term.

“Sam mentioned the Poet Laureate and his dedication frightened me,” Marshall said, laughing. Yet Marshall, a professor at Gonzaga University, said he was inspired by Green as a “tireless advocate for poetry,” as were Green’s Poet Laureate successors. “All of that amazed me and intimated me,” he said.

Their approach of inclusiveness, both geographically and demographically, is a model Marshall aims to emulate as the first Poet Laureate from eastern Washington. He has been busy in his early days on the job, reading an original poem during a public ceremony at the request of Washington Gov. Jay Inslee and being honored at receptions in Spokane and Seattle.

It has been the culmination of a steady rise for Marshall in his adopted home during the past 20 years, and the time he spent studying at EWU is a big part of his story. 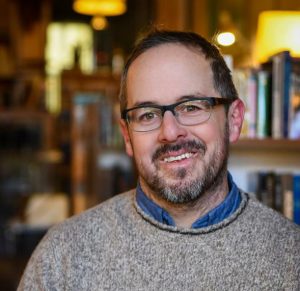 Marshall was in a summer writing workshop at the University of Iowa in 1989 when he was advised to apply to the top graduate Master of Fine Arts programs, including Eastern. Marshall came to Spokane, sight unseen, and began learning from legendary faculty such as James McAuley, Ursula Hegi, John Keeble and Nance Van Winckel.

“It turned out to be a great decision,” said Marshall. “I received some magic opportunities there.” Marshall said he was mentored and encouraged regularly by his professors and was further inspired by a series of visiting writers who held workshops and readings at EWU.

Marshall returned to the Midwest to get his PhD from the University of Kansas and taught briefly before coming back to Spokane. His newest collection of poems, Bugle, was a winner of the 2015 Washington Book Award for poetry.

He is on a roll and, while being named Poet Laureate is yet another prestigious honor, it is also different. The work is an extension of a public service ethos that is core to Marshall. He has served in the Prime Time Mentoring Program for at-risk youth in Spokane. He says that as a “believer” in the power of poetry and the arts, his new role is a way to promote those values.

Learn more on his personal website or read Marshall’s blog

Everyone Loves a Winner

Terry Davis was scheduled to participate in the 2012 Spokane International Film Festival (SpIFF) screening of Vision Quest, but a couple of weeks before the event, he fell off a ladder in his Mankato, Minnesota, home. He sustained a head injury that landed him in intensive care on life support. Doctors told his family he would not recover, and they should prepare for his death. Davis shocked them all when he opened his eyes and beat the odds.

While Davis (’69 BA English) continues to suffer side effects from that injury, three brain surgeries and another head trauma in 2014, he was determined to return to Spokane this year.

On Jan. 30, 2016, SpIFF kicked off its annual event with the 30th anniversary celebration of Vision Quest, the 1985 movie based on Davis’ 1979 novel about a Spokane teenager who embodies the wrestling culture.

Davis was a wrestler at Shadle Park High School. “One of the best things about wrestling was that it didn’t depend on the coach’s opinion of you,” Davis said. “It was about you winning. If you win in practice, you get to wrestle in a match. It’s noble to be all by yourself on the mat. You’re on your own. There’s no one else to blame. You win or you lose.”

Modine, who played Louden Swain, Vision Quest’s main character, put an arm around Davis’ shoulders and told everyone, “Terry is Louden. I was playing him.” Modine then gave Davis a kiss on the cheek.

Louden Swain is a creation of Davis’ high school self. “I like Louden,” he said. “And Matthew (Modine) brought that kid to life.”

A Spokane fifth-grade teacher shook Davis’ hand and said, “I just want to thank you for your writing. I use your stories to show my students how to write well.”

For 30 years, Davis taught English and writing, too. His résumé includes teaching and coaching high school wrestling in Spokane, Monroe, Washington, and Rio de Janeiro, Brazil. He also taught at Eastern in 1981-82, Gonzaga, University of Idaho, East Carolina and Minnesota State in Mankato, where he retired in 2009.

Davis’ writing career was fostered at Eastern. “I loved my time at Eastern as a student and a teacher,” Davis said. “Eastern is where I fell in love with learning, and my teachers nurtured that.”

Pat Coontz was his first writing professor. “She was kind and supportive, and she taught us that by analysis and reading, we could become writers,” Davis said.

Professor and author Pat McManus also influenced him. “His sense of humor and his analysis of a good piece, his knowledge and his writing taught me a lot,” Davis said.

One of Davis’ current projects is It’s a Perilous Life, a novel about a man with bipolar disorder, and how the power of love can save people. Davis knows a lot about both. Through his own perilous life experiences with bipolar disorder and traumatic brain injuries, he has been fortunate to have the amazing love and support of longtime friends, family and Vision Quest fans.

No matter how many times they see the movie, they cheer on Louden Swain/Terry Davis to win the big wrestling match at the end, which he does every time.

Check out photos from the SpIFF event.