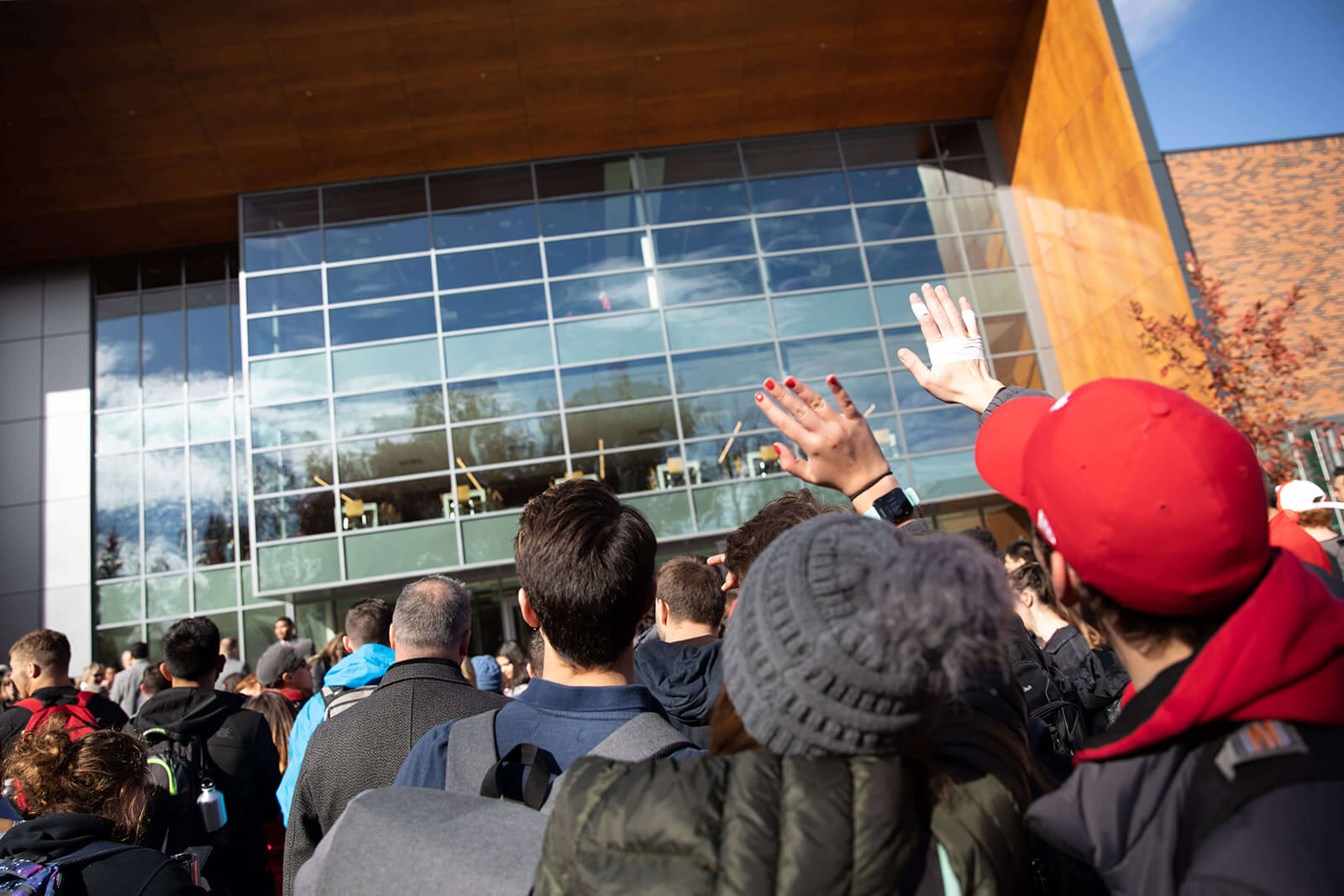 The PUB Preview festivities began with a celebratory ribbon-cutting, followed by an open house, tours, music and a variety of food samples – including the much anticipated Panda Express.

The building has been shut down since December 2016 for major renovation after ASEWU student government and EWU leaders approved a plan to finance the project through student fees. The remodel reflects the areas of highest need identified by the students themselves, including safety, sustainability, wayfinding and an open floor plan.

“The PUB has been transformed into an open and inviting student union that helps define our campus culture,” said EWU President Mary Cullinan. 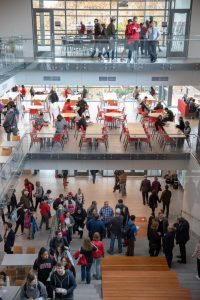 If you missed the event, take a look inside by viewing these photos from the PUB Preview.

The state-of-the-art hub for student life will remain closed until the facility is fully equipped for general use. The university expects the project to be completely finished and ready to serve campus for winter quarter.

The remodeled PUB utilizes the footprint of the original 120,000-square-foot building built in 1968, and includes 4,000-square-feet of additional space. It looks like an entirely new structure with large glass windows at the entrances that infuse the building with natural light and provide visitors with great visibility to the adjoining campus mall.

In addition to being the headquarters for various student organizations and EWU Student Life, the PUB will be home to the university’s new Multicultural Center, the rebranded Eagle Store (Bookstore) and other important student resources like the new campus food pantry.

The $30 million construction contract is being completed by Spokane general contractor Leone & Keeble, Inc., which has done other big projects on the Eastern campus in recent years, including the renovation of Patterson Hall and the construction of the residence hall snyamncut. Overall, including consulting, design and predesign, furnishings and equipment, the PUB renovation is a $47 million project.