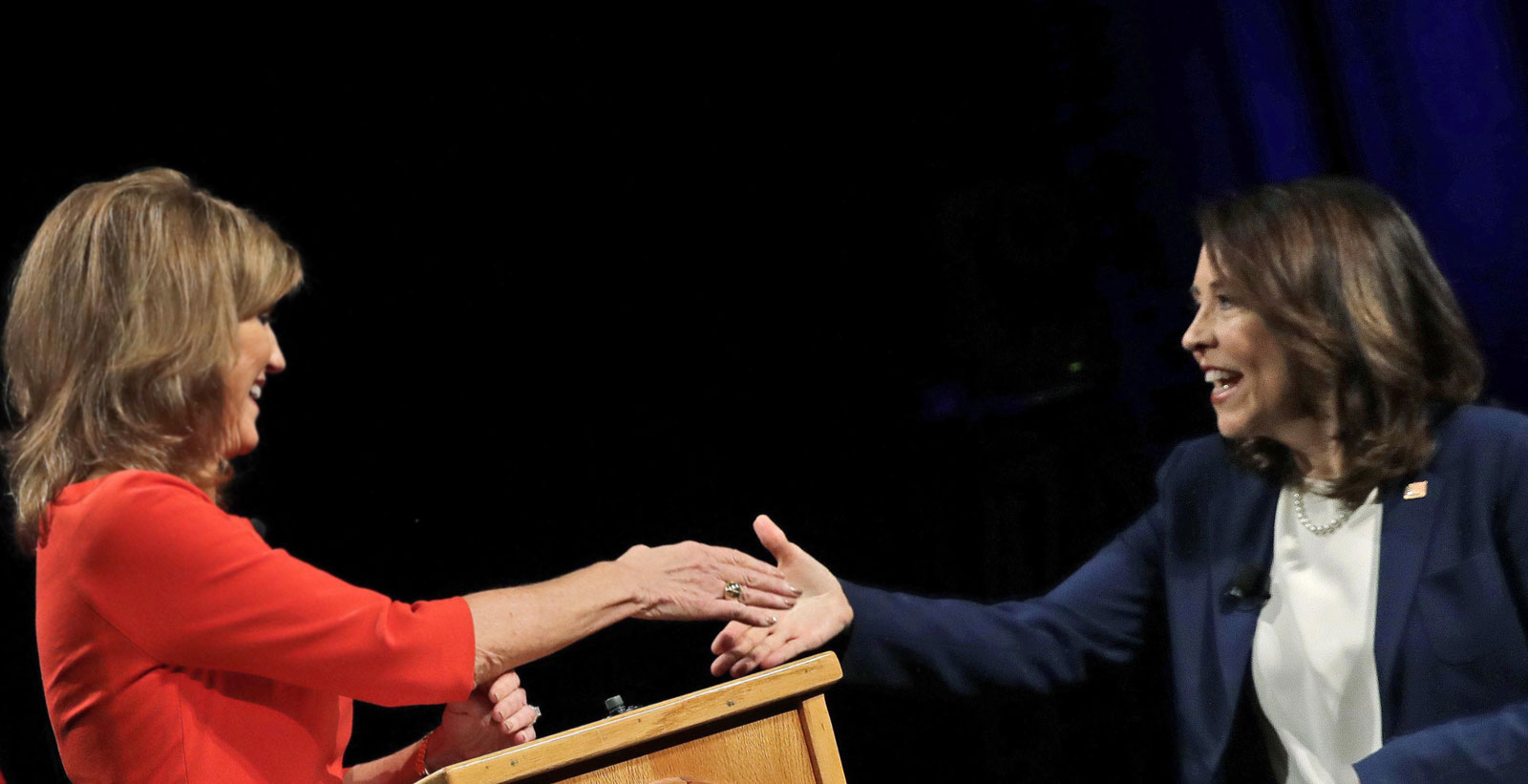 Spokane-area universities and community colleges are teaming up to host a senatorial debate this month featuring Maria Cantwell and Susan Hutchison.

Spokane Community College will be the site of the U.S. Senate debate scheduled for 3-4 p.m., Saturday, Oct. 20, in the Lair Student Center, Building 6, SCC, 1810 N. Greene Street.  Doors will open at 2 p.m. and tickets are required to attend. Free tickets for the debate are sold out, but there is a waitlist (see below).

“Eastern Washington University is honored to join our higher education partners in hosting this U.S. Senate debate,” said EWU President Mary Cullinan. “Part of our role is to engage our students, and the community, in the democratic process to help strengthen the civic health of the region.”

The October debate at SCC is an opportunity for Spokane voters to hear directly from the candidates and to pose questions about issues of highest concern. Spokane residents are encouraged to submit their questions in advance for selection via this question form. Submitted questions will be reviewed, selected and edited for brevity. Some Spokane residents will be asked to ask their question in person at the Oct. 20 debate.

The Coalition’s website, wadebates.org, will be updated with broadcast times and information prior to the debate.

The Coalition is organizing free, public debates across the state this fall, with the help of sponsors: AARP Washington, the Bill & Melinda Gates Foundation, The Norcliffe Foundation, along with The Boeing Company, Smith-Barbieri Progressive Fund, Washington REALTORS, and PEMCO Mutual Insurance.  With the support of the Coalition’s 80 media broadcast partners, the debates are expected to reach Washington voters in every corner of the state through television and live streaming.

Get on the waitlist by visiting the event page