Four years ago, alumni of the Zeta Nu chapter of the Pi Kappa Alpha fraternity agreed to set out on a philanthropic endeavor to give back to the university that helped bring them together more than half a century ago. The brothers set a target goal of raising a quarter of a million dollars for EWU Libraries – and this past summer they achieved that mark.

“We made a commitment, and as a group we kept that commitment,” said Doug Myers, one of driving forces behind the fundraising effort. “It gives you a neat feeling to know that you can do something like that with a bunch of brothers that you were friends with 50 years ago, who are still committed enough to still be a part of the university and give back to what Eastern is doing now.” 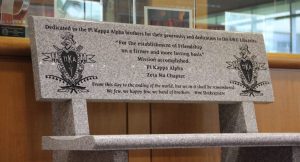 The remaining $25,000 endowed the annual Randy Van Turner scholarship, which is awarded in preference to military veterans and descendants of the EWU Pi Kappa Alpha fraternity. To date, this scholarship has benefited five recipients.

“Randy was just somebody who was so well respected by everybody in the fraternity house,” said Myers. “He was the impetus that drove the fraternity into what it became, with about 10 other guys around 1962. It was a real sobering moment to lose somebody like Randy.”

“They all remember Randy Van Turner fondly,” said Jamie Wolff, a PIKE alum who helped organize this drive. “So he formed sort of a focal point for rallying cause. We all came together 60 years later, put away our families, our professions, our hobbies to spend some 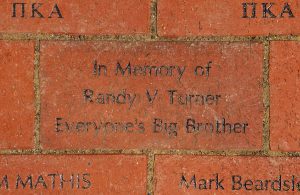 time together, joyfully, thinking about how to help Eastern, all in the name of Randy.”

The brothers – who have been meeting for lunch regularly for the last 30 years – hope to continue their fundraising endeavor to increase the amount of money granted through the scholarship and expand it to more people.

“It’s been a difficult journey, but a fun journey,” said Myers. “Hopefully we’re not just going to rest on our one accomplishment, and we’ll continue to support Eastern in many ways, not only financially, but also being a part of the alumni. Maybe it’ll spur other fraternity groups to go on and do similar things.”

For more information and how to donate to the Pi Kappa Alpha Fund, please contact EWU Libraries at 509.359.6915.