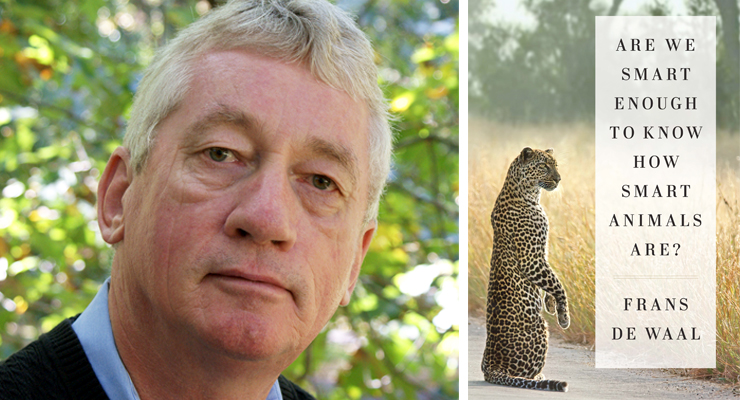 The author of a groundbreaking book on animal intelligence will share his innovative research as part of The President’s Forum for Critical Thought presented by the Daniel and Margaret Carper Foundation at Eastern Washington University on Tuesday, April 25.

Frans de Waal, PhD, is a Dutch/American biologist and one of the world’s best-known primatologists. During his visit, de Waal will discuss themes from his New York Times bestseller, Are We Smart Enough to Know How Smart Animals Are?

de Waal will lecture April 25 at 2 p.m. in the Walter & Myrtle Powers Reading Room, Hargreaves room 201, Cheney. The event is open to students, faculty, and staff.

A lecture will also be held in Spokane at 7 p.m., at the Martin Woldson Theater at the Fox. Public admission is free and will include a book signing.

In the 1980s, de Waal began working with chimpanzees at the Yerkes Research Center at Emory University and their close relatives, bonobos, at the San Diego Zoo. In 1991, he accepted a joint position at Yerkes and in the psychology department of Emory University in Atlanta, Georgia.

Based on research, de Waal offers a firsthand account of how science has stood traditional behaviorism on its head by revealing how smart animals really are, and how we’ve underestimated their abilities for too long.

He is the Charles Howard Candler professor of Primate Behavior in the Emory University psychology department and director of the Living Links Center at the Yerkes National Primate Research Center, as well as the author of numerous books including Chimpanzee Politics and Our Inner Ape. His research centers on primate social behavior, including conflict resolution, cooperation, inequity aversion and food-sharing. He is a member of the United States National Academy of Sciences and the Royal Netherlands Academy of Arts and Sciences.