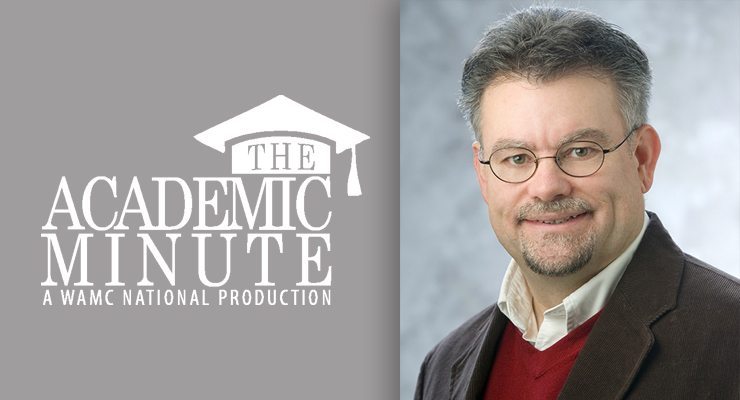 Watkins’ research was recently featured on the Academic Minute, which highlights researchers from colleges and universities around the world. His research focused on how gratitude can improve people’s lives.

“Gratitude seems to have positive consequences,” he said. “My suspicion is that people who are trying to cultivate gratitude for the sake of gratitude are the people who are going to benefit from this the most.”

In the study, students recalled three good things that happened to them in the past two days, then wrote about how those three things made them feel grateful.

“We found that how much people enjoyed the treatment didn’t predict its success at all,” Watkins said. “If anything, there was a negative correlation between how much they enjoyed it and how much they gained from it at the end of five weeks.”

Watkins found that women enjoyed the treatment more than men, but the men benefited more from it. Overall, though, recalling positive memories and reflecting on those increased a person’s overall happiness.

“Gratitude treatments work best for those who need it most,” he said. “If you’re not a very grateful person, you may not enjoy doing this as much, but it’s probably going to be very good for you.”

Although Watkins now focuses his research on gratitude, depression and memory bias in depression remained Watkins’ focus until roughly 2002 after he attended a religious conference in which he heard two speakers talk about psychological construct.

“I don’t think they used the word gratitude, but I thought, ‘Oh gee, this is gratitude,’” he said. “So I started a little search and there was almost nothing on it in psychology.”

After losing the election for a second term as EWU psychology chair, Watkins decided to take a sabbatical and focus on researching gratitude.

“I ran for chair and I lost, and that was probably the best thing that ever happened to me in my career,” he said. “I got back to what I enjoy doing and what I’m good at – and I’m not so good at being chair.”

“People are pretty happy to begin with, so it amazes me that we keep getting results,” he said. “People keep getting happier over time and we can improve their happiness. To make people happier is a pretty strong evidence for effectiveness of treatment.”