In our classes, we talk about many topics relevant to today. Topics include Latin history in the United States, Chicano literature, immigration, politics and more.

To Register for our classes, please log in to Navigate, and follow along on how to use the Navigate Student Planner.

You don't have to sacrifice quality to get an education you can afford.

Be a Part of the Community

We provide all students, regardless of ethnicity, a comprehensive understanding and appreciation of the Chicano/Latino community.

Our graduates have a great record of finding employment soon after graduation.

Chicana/o/x Studies in the High School

We make sure to fully prepare you as a teacher with the syllabus, reading material, resources, and much more. The classes you can teach with the Chicana/o/x Studies course are:

The High Schools listed below have been in partnership with the Chicana/o/x Studies Program for the academic year of 2022-2023. 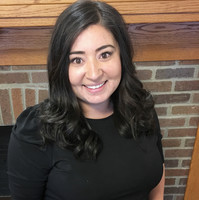 Thinking about offering EWU courses at your high school? Let us know! We are here to help answer questions and work through the details.

Satisfies: a university graduation requirement–diversity.
A study of Chicano culture providing an initial overview of its roots and conflicts. Specific components discussed are cultural identity, customs, language, psychology and the arts.

Cross-listed: HIST 218.
Satisfies: a university graduation requirement–diversity.
This course offers a study of Chicano history from the time of the Treaty of Guadalupe Hidalgo in 1848, to the present. Specific themes discussed include the Mexican American War, the Treaty of Guadalupe Hidalgo of 1848, the economic, political and social conditions after the Anglo-American conquest of the southwest, Mexican immigration to the U.S., Chicano labor history, the Chicano movement and other Chicano themes.

Satisfies: a university graduation requirement–diversity.
The course examines the experience of the other Latinos (Hispanics) in the United States: Puerto Rican, Cuban American and Central Americans. The course presents a brief historical overview of their entrance in American Society and a demographic comparison of significant socio-economic variables of the groups. The primary focus of the course is to examine the social and cultural profile of the Puerto Rican, Cuban and Central American groups in the U.S.

Pre-requisites: CHST 202.
Satisfies a university graduation requirement–diversity.
This course provides a description and analysis of the experience of Chicanas and Latinas in the United States. First, the course presents a review of Chicana studies scholarship and the evolution of Chicana feminist theory. Next, the course examines the historical, cultural, political, and social-economic themes which define the experience of Chicanas/Latinas in the United States.

Pre-requisites: ENGL 201.
Satisfies: a university graduation requirement–diversity.
This course surveys how Latinx have been depicted in film, news, television and other media formats in the U.S. The course examines Hollywood depictions of the Latino/a experience in the film industry from the early period of U.S. cinema to contemporary representations; the depictions of Latinos/as in television and the news; and the emergence of Chicanx early documentary to the full length dramatic feature film.

Pre-requisites: ENGL 201.
Satisfies: a university graduation requirement–diversity.
The purpose of this course is to study the political reality of Latinos in the U.S.: a heterogeneous group made up largely of Mexican, Puerto Rican, Cuban American origin and others (Central and South Americans). The focus taken in this class is to look at the Latino population in terms of its orientation to the political system, its institutions and actors and their participation in the electoral process.

Pre-requisites: ENGL 201.
Satisfies: a university graduation requirement–diversity.
This course is a historical overview of Latino immigration from Mexico, Central America and the Caribbean. Special attention is given to the largest Latino sub groups in the United States. Students examine the social phenomenon of labor migration and immigration from Latin America in the context of political economic national inequalities. The transnational character of Latino immigrants and its political, economic and cultural contributions to the sending and receiving nations are covered.

Pre-requisites: ENGL 201.
Satisfies: a university graduation requirement–global studies.
This course provides a broad overview of the political mobilization of women in Latin American conflicts. Students explore the participation of women in revolutionary movements as combatants and other supporting and leadership roles. Concepts of masculinity, patriarchy, militarism and violence within the Latin American context will be examined. Students look at these armed conflicts through mainstream and feminist theories as well as concepts in political psychology.

Pre-requisites: permission of the instructor, department chair and college dean.