The School of Social Work came into existence in 1974 with the passage of Washington Senate Bill 2574 providing for a Professional Master of Social Work degree at Eastern Washington State College (now Eastern Washington University). The bill was the result of a graduate and professional education needs assessment sponsored by the Washington State Legislature and a feasibility study conducted by the Council on Social Work Education. The feasibility study noted that no graduate-level professional school of social work existed between Seattle and Minneapolis across the northern tier of states at that time. After examining eight universities located in the inland northwest, the study recommended a graduate-level professional school of social work be established at EWU.

The first MSW class was admitted and began the graduate curriculum in Fall of 1975. Also, the BA in Social Work program transferred to the School of Social Work during that academic year. The MSW program has expanded to many parts of Washington State and beyond, and the BA program is a large and respected program. Both the MSW and the BA have grown and matured during the past four decades. As of the 2015 Spring Commencement, EWU has awarded a total of 2,358 BA degrees (in Social Work) and 3,567 Master of Social Work degrees and the School of Social Work has enhanced the landscape of social services in the Inland Northwest.

Mission of the Bachelor of Social Work Program (BASW)

The BASW Program, based in a regional, comprehensive public university, prepares competent generalist practitioners to educate, broker, coordinate services and advocate for social change through the development of critical thinking, ethical practice, and the use of research and theory to deliver culturally responsive services.

Goals of the EWU BASW Program

Mission of the Master of Social Work Program (MSW)

The MSW program, based in a regional, comprehensive public university, prepares advanced generalist practitioners to become effective leaders for socially just practice through the integration of skills, ethics, research, and theory, in advancing the well-being of individuals and society.

Goals of the EWU MSW Program 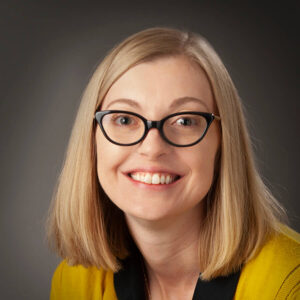 Amanda Reedy earned her MSW and PhD in Social Work from The University of Iowa. She is an Associate Professor and Chair and Director of the School of Social Work at Eastern Washington University. She formally served as MSW Program Director. Her areas of interest include co-occurring substance use and mental health disorders and social work with veterans and military families. She has conducted program evaluations for the Spokane County Veterans Court; provided training on mental health and trauma for Guardian Ad Litems (GAL); and taught graduate and undergraduate courses on a variety of subjects including research, addictions, and social work with veterans and families. You can reach her at areedy@ewu.edu or 509.359.6486.